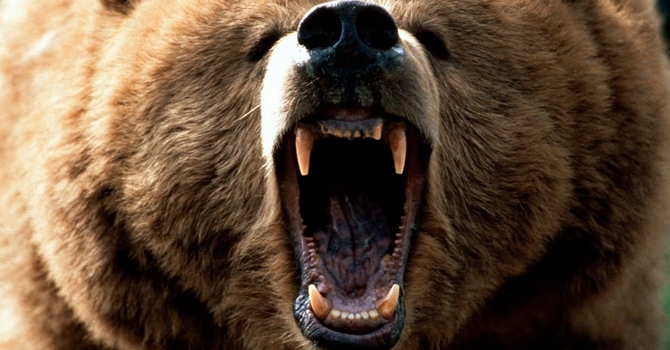 I love bears and I know you do too. Here’s a Russian one doing forward rolls, hula hoop and playing the trumpet. Not all at once of course, that would be silly.

We’ve all seen footage of bears right? We all love bears, right? They’re huge and tough and they could pretty much smash the crap out of anyone or anything they want.

I’m a big fan, and there seems to have been quite a bit of ursine action on the Chirpse recently too. A post went up about a bear riding a bike and eating a monkey in China, and even more recently there’s a post about a Russian driving into a bear at high speed, and the bear just walking off. They are not to be frigged with.

Here’s A Video Of A Car Hitting A Bear On A Motorway. In Russia, Of Course.

This video is on a slightly different tip, it’s once again based in Russia and this bear seems to be a pet. I can’t find any deets about the bear and his owner, but this critter has been trained up tight!

If you want to see a grizzly doing forward rolls, the hula hoop and playing the trumpet you are in the right place my friends. I just hope that the training the beast had to go through wasn’t too gnarly. He looks pretty healthy though so I’m going to tell myself that rather than being trained with a stick, he was trained with care and yummy snacks.

You won’t believe this:

Awesome Photos From Russia With Love #4