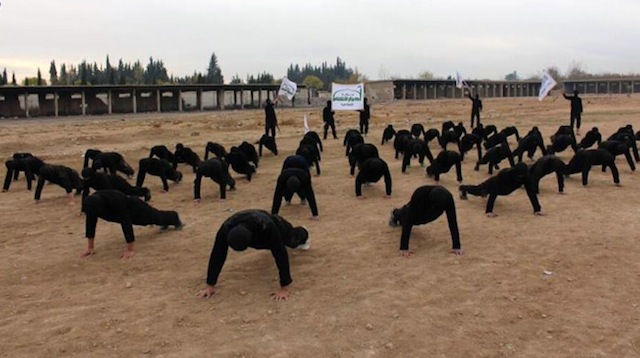 This sounds like it might be satire, but it legitimately happened yesterday near Baghdad at a terrorist training camp.

This kind of sounds like a headline from The Onion or The Daily Mash but we can assure you that it’s actually true and happened at a training camp in northern Baghdad yesterday.

Army and police officials announced that a terrorist leader representing the Islamic State of Iraq and Syria (this is a splinter group that has evolved from Al Qaeda, in case you hadn’t heard) unwittingly used live explosives when demonstrating to a class of 21 how exactly to go about being a suicide bomber, and unfortunately when he pulled the cord or pressed the button or however they do these things, he actually ended up blowing up everyone in his class. Whoops.

In addition to this, a further 15 militants were injured and 8 were arrested when the authorities swooped on the camp to check out the explosion. Further explosives and heavy weapons were seized too, which is good news for everyone except the terrorists, especially during the current situation in Iraq.

Suicide bombings and general violence in Iraq is the worst it has ever been for five years, with 1000 people being killed last month and 9000 killed in the last year. There were also 50 suicide bomb attacks in November, compared with 3 the year previous.

It isn’t looking good over there, and as such Iraqi citizens that aren’t insurgents (re: most of them) have really enjoyed this news – many of them are laughing and joking about it. They’re so accustomed to suicide bomb attacks in their everyday lives now – on churches, funerals, public markets and even children’s football matches – that they’re pretty stoked to see terrorist groups mess up and get their just desserts.

Raad Hashim, who works at a liquor store in Baghdad near to a recent suicide bomb attack had the following to say about it: ‘This is so funny. It shows how stupid they are, those dogs and sons of dogs. It also gives me pain, as I remember all the innocent people that were killed here’.

‘This is God showing justice. This is God sending a message to the bad people and the criminals in the world, to tell them to stop the injustice and to bring peace. Evil will not win in the end. It’s always life that wins over death’.

‘What happened today was not death, but it was life to us. Those 22 who were killed today might have killed hundreds of Iraqis, hundreds of innocent souls. May they burn in hell’.