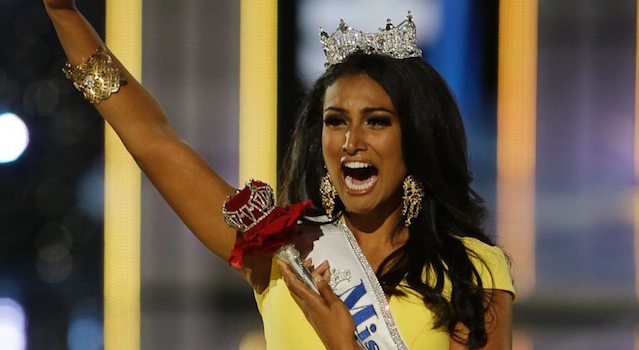 Clearly a lot of people in America still live in the stone age because people weren’t happy that the new Miss America was of Indian descent and boy did they let Twitter know about it.

On Sunday night, America crowned a new Miss America with the honour this year falling to 24 year old Miss New York Nina Davuluri, who despite being born in Syracuse, New York has also lived in Michigan and Oklahoma. You would think that that would make her pretty American and an ideal candidate for the crown of Miss America 2014, right?

Although she won, the fact that Nina Davuluri was the first Indian American woman to win the title didn’t go down well with a whole bunch of Americans who obviously took to Twitter to vent their frustrations.

Here’s a few of the choicest tweets that we could find.

Some of these tweets display a level of ignorance that I never thought was even possible, so I’m just gonna leave them here and let them speak for themselves. Seriously though, some Americans really need to get with the program and starting living in the 21st century because some of this stuff is just beyond comprehension.

Most of these accounts have been deleted now – or have at least deleted their tweets/locked their accounts – so apologies about using screen grabs for them rather than embeds but it actually wasn’t possible. It’s also kind of a shame because now we can’t follow any of these people and laugh at how ignorant they all are via their stupid tweets. 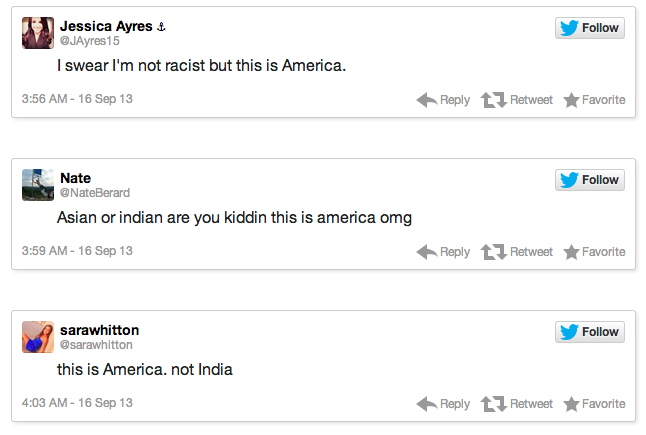 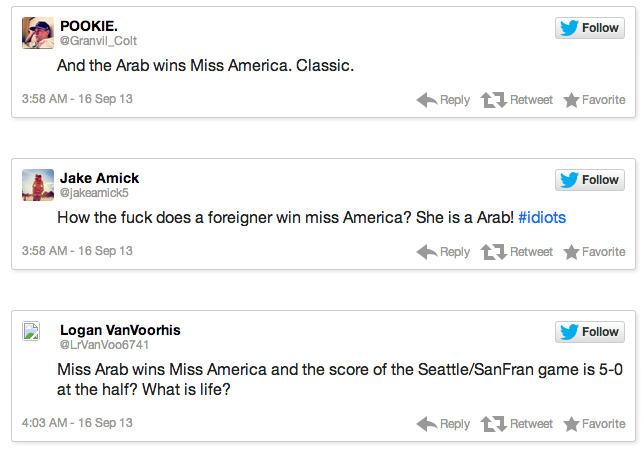 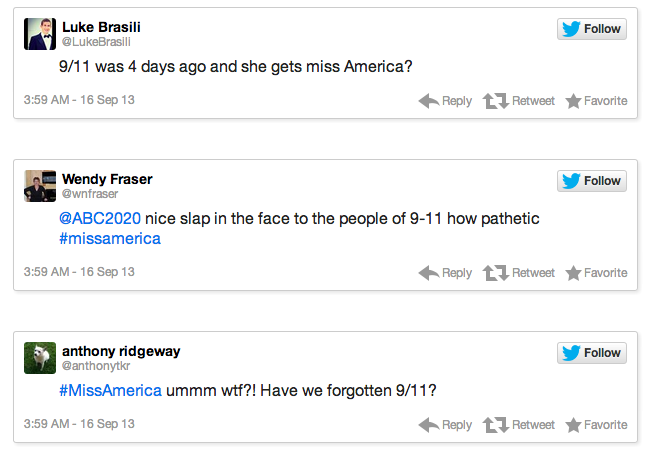 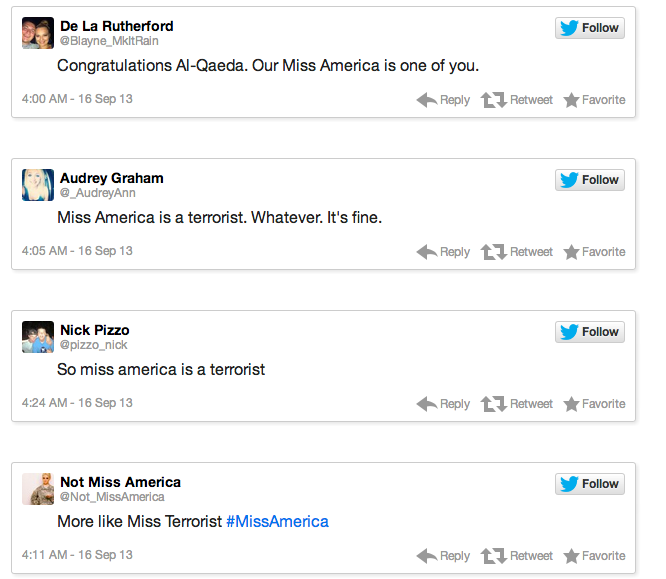 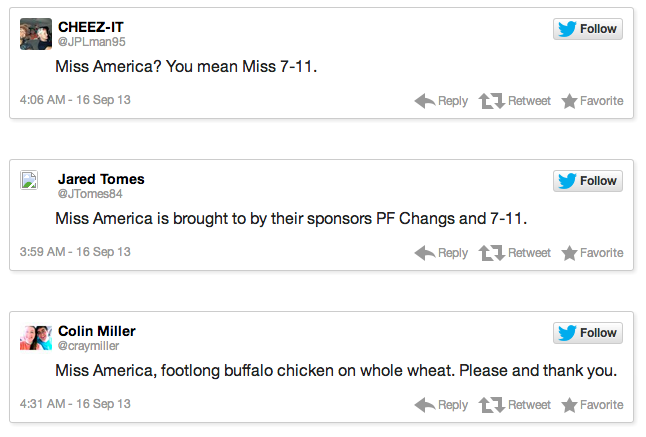