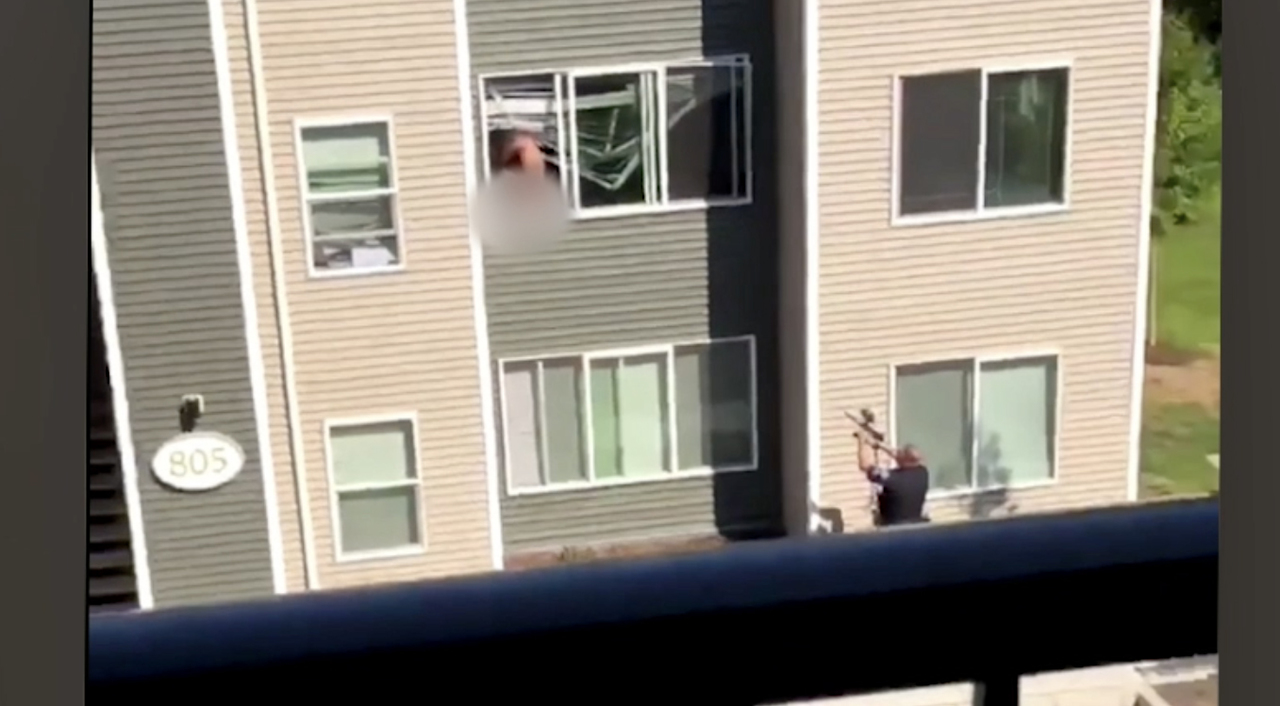 Police over in Bellingham, Washington were called to the NXNW Student Housing complex after they received a report of a fight at the location.

Instead of a fight, they found this kid furiously wanking at his window, and decided to light him up with multiple shots of pepperballs. Ouch:

Well that’s unfortunate. Hopefully none of those pepperballs hit him in the dick because that could turn out to be a very gruesome injury indeed. And how about those girls on the floor above trying to catch a sneak peek? We see you ladies.