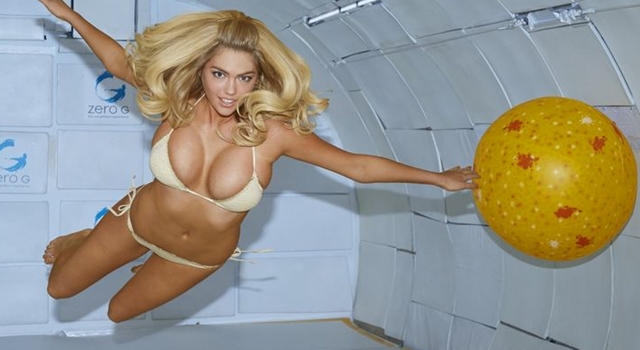 Scientists are studying sex in space. Cool… but why?

It’s no surprise that people have discussed sex in space over the years. People (well, all animals really) think about sex a lot, they’re supposed to. And because humans have slightly bigger brains and a creative bent the thought of sex in space was bound to turn up at some point. The legendary mile high club will be replaced by the 60 mile high club etc.

Science fiction writers were the first to discuss the problems and intrigue of sexual relations in a zero gravity environment. Arthur C Clarke of 2001: A Space Odyssey fame wrote this in a novel in 1973…

Some women, Commander Norton had decided long ago, should not be allowed aboard ship; weightlessness did things to their breasts that were too damn distracting. It was bad enough when they were motionless; but when they started to move, and sympathetic vibrations set in, it was more than any warm-blooded male should be asked to take. He was quite sure that at least one serious space accident had been caused by acute crew distraction, after the transit of an unholstered lady officer through the control cabin. 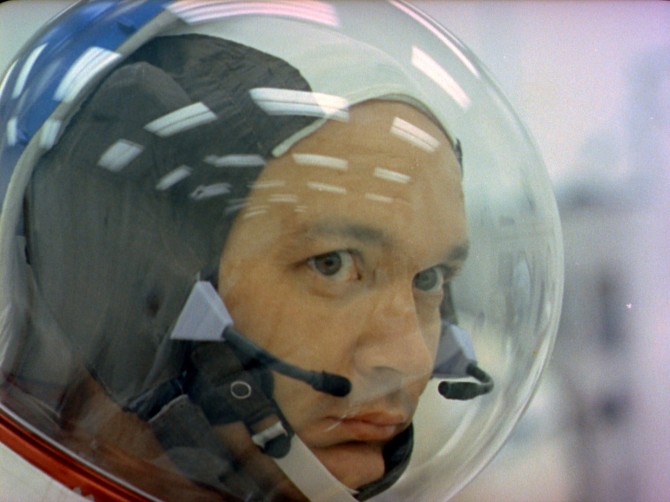 Even the legendary level-headedness of astronauts can’t prevent them being aroused by the idea of interstellar rumpy-pumpy. In 1974 Apollo 11 astronaut Michael Collins (above) popped this pervy doozy into his autobiography…

Imagine a spacecraft of the future, with a crew of a thousand ladies, off for Alpha Centauri, with 2,000 breasts bobbing beautifully and quivering delightfully in response to every weightless movement . . . and I am the commander of the craft, and it is Saturday morning and time for inspection, naturally. 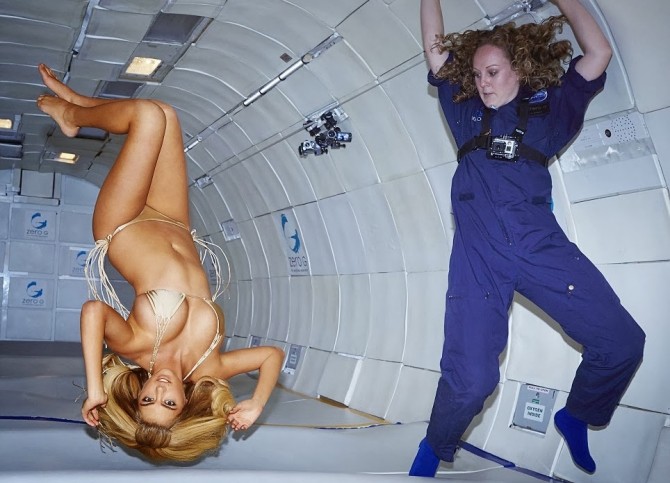 Interest in sexy space-time isn’t just about human imagination and perversions run wild, it has become a legitimate area of science worthy of study.

If we really are, or already have, completely ruined this planet of ours, missions into space and beyond will become a must. If this is the case, mammalian procreation in microgravity suddenly becomes essential for our species’ arrival.

When I first started writing this I thought “well surely reproduction will be the same in microgravity as in normal gravity, just a bit more mobile?” I, of course, still had my head firmly in the gutter. The problem isn’t with the mechanics of sex so much, it’s with the biological processes that follow insemination.

All life on earth has evolved with gravity around, gravity has been a constant force acting on the cells and mechanisms within us since we first began as a dribble of twitching snot on a rock next to a thermal vent. Gravity has forged our shape and size as well as all of the teeny tiny molecular doofers that work within us.

It’s a little bit expensive to start bunging things in zerogravity for months at a time, so experiments on the effects of gravity on embryos are still few and far between. What does seem certain is that reproduction doesn’t quite work the same as it does on earth. Early experiments were done on a strain of Japanese fish and a bunch fruit flies, they all seemed to do pretty much OK when they mated and reproduced in zero gravity. So far so good.

So a step up from a fly or fish, next we try an amphibian: clawed toad embryos that were developed in microgravity ended up with freakishly large heads and eyes. Woops. Not ideal. 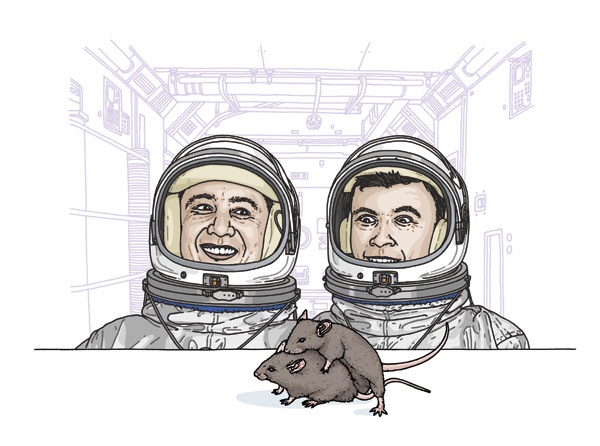 As for experiments on mammals, so far we just have data on mice and rats, and it doesn’t look good. The first problem found was that mice embryos were less easy to fertilize in zero gravity and those that did develop died off at a higher rate than normal. Another experiment found that rats reared in microgravity lacked the ability to right themselves if they were placed on their backs. During their development, the part of the brain that tells them which way is up, wasn’t put together properly so the rats forever roll about on their backs like a spaz.

So if we are going to colonise the rest of the universe we’re going to need to sort this problem out, otherwise we’re going to end up being a population of freakoids rolling about in the martian dirt with massive swollen heads. I guess we’d be like a race of hideous Jocelyn Wildensteins clones.