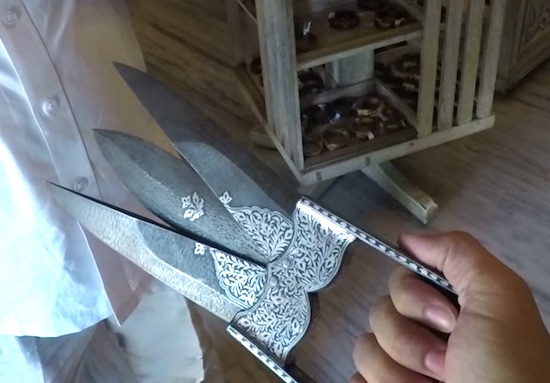 This thing will tear you apart from the inside.

When you think about it, it’s kind of surprising how people have devised so many different methods and ways by which to kill someone, and just how inventive people have managed to get with them as well.

The weapon being featured in the video below is absolutely horrific, and would literally pull your insides out if it was plunged deep into you on the battlefield. Fortunately it seems unlikely that I or the majority of people reading this will ever be involved in such a situation, but check out this video of a guy testing it out and just think of the possibilities:

Yeah don’t want one of those anywhere near me really. I bet that tour guide feels pretty lucky that this psycho didn’t actually gut him with it. He does sound a little unhinged walking around and playing with knives doesn’t he?

For more of the same, check out some of the most brutal execution methods known to man. People were messed up back in the day.