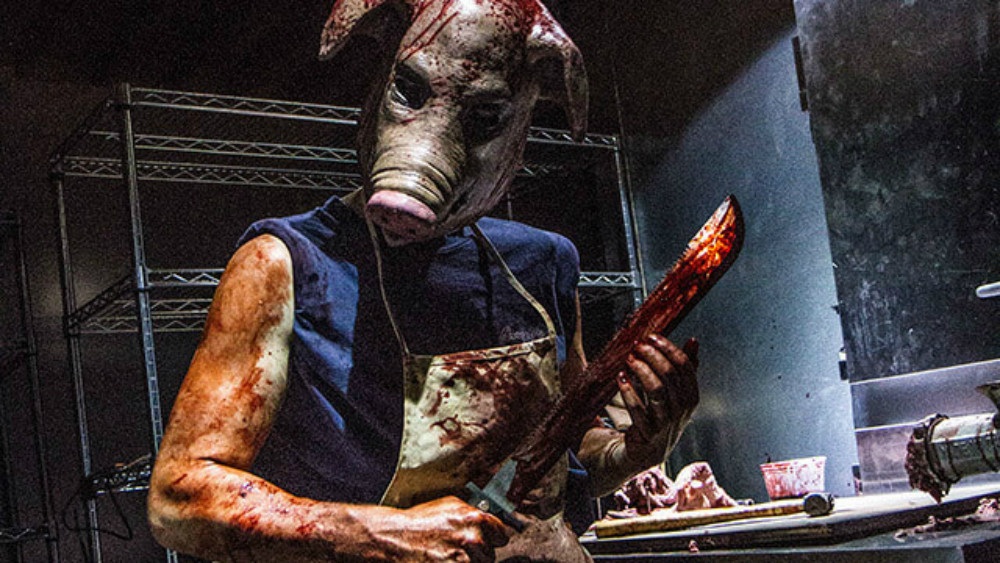 It’s coming up to my favourite holiday of the year Halloween, and that means that there will be a whole bunch of scary haunted Halloween houses for you to attend, if you can be bothered to track them down in this country because even though there are a few of them they’re usually in really inaccessible and weird places. Having said that though, if you do make the effort then they’re normally worth checking out and will scare the absolute crap out of you.

Over in America though, it’s a completely different ball game as these kind of events go big and hard all over the country in practically every major city and they’re all trying to outdo each other and become the biggest, scariest and most shocking/extreme in the country. The latest one to try and do this is 17th Door, which is located in Tustin, California. If you can’t handle it they give you a safe word – mercy – which will allow you out ahead of time. But if you say that then you really are one of the biggest pussies of all time.

The premise behind the house is that it’s based on the nightmares of an 18 year old girl called Kelly who’s just heading to college. That sounds kind of lame but I suppose it does allow the house to have 17 completely different experiences in different rooms whilst you’re in there and kind of link them. And it does look scary from the video below with all the guys in pig masks jumping out at you with machetes and stuff. Eek.

Yeah that looks pretty intense and I would love to check it out if I lived anywhere near California. However, I’m not sure if it’s going to be as scary as Blood Manor in New York or this one in San Diego where the haunts literally go on for eight hours and involves you being gratuitously tortured. That is definitely the one.