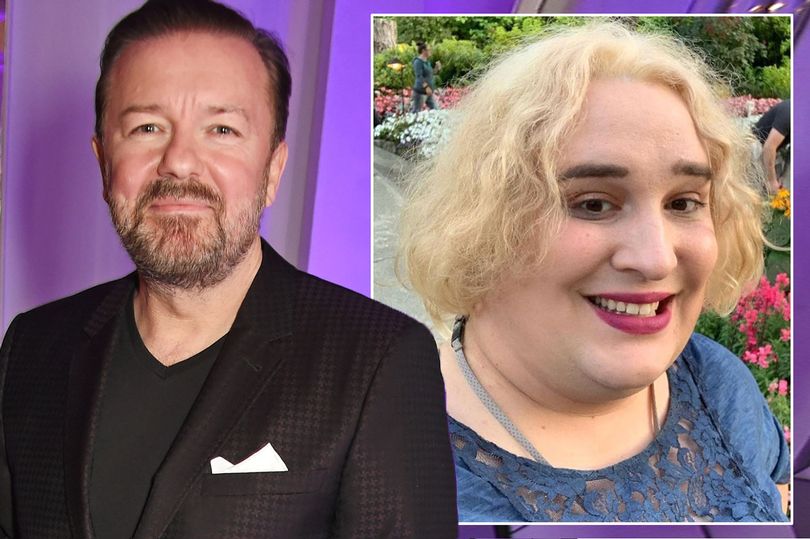 If you don’t know the screwed up story of Jessica Yaniv – she’s basically a Canadian trans woman who took a bunch of salon workers to court for ‘human rights abuses’ because they refused to wax her balls, and she was also busted having weird sexual conversations with underage girls online.

So you’d think she’s fair game for a comedian like Ricky Gervais to poke a little fun at online, which he did on Halloween: 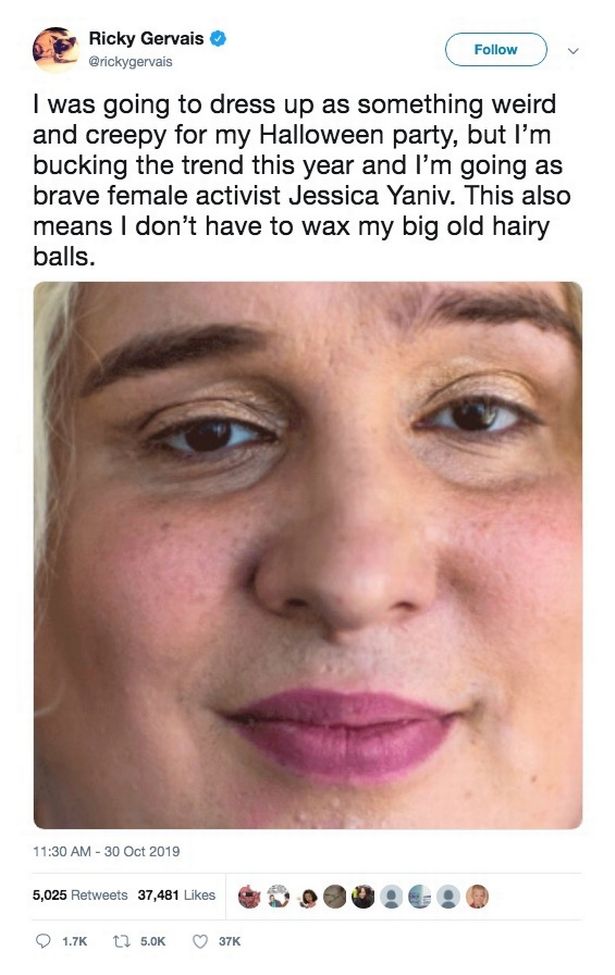 As is always the case on Twitter, a bunch of people got on his case accusing him of transphobia and whatnot: 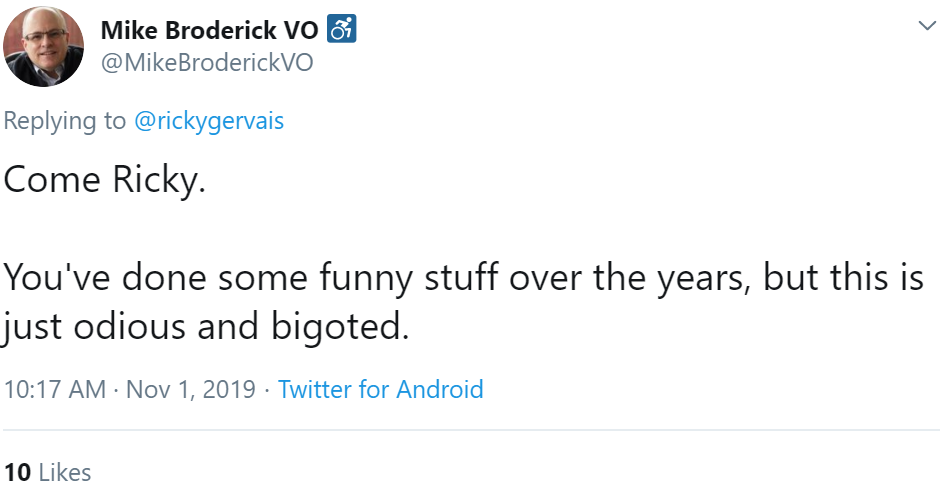 Ricky had a think about it and then fanned the flames with this sarcastic response: 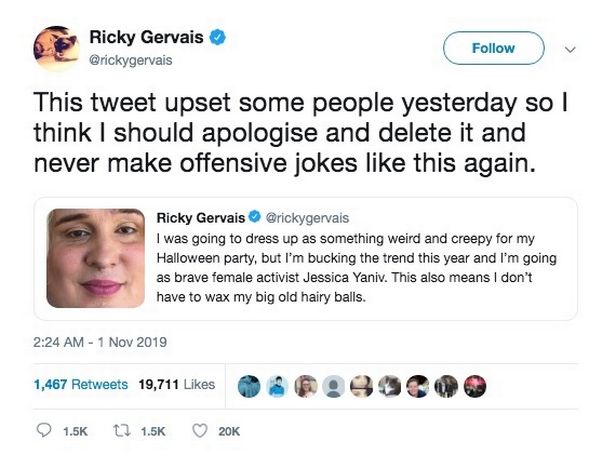 Good to see Ricky refusing to cow to the social media outrage types but then again he’s pretty much un-cancellable at this point. I think these people need to realise that just because he’s making fun of one idiot who happens to be trans, doesn’t mean he’s making fun of every single trans person out there. I think most sensible trans people don’t want to be associated with Yaniv anyway.

To read more about what an utter nut job she is, click HERE.