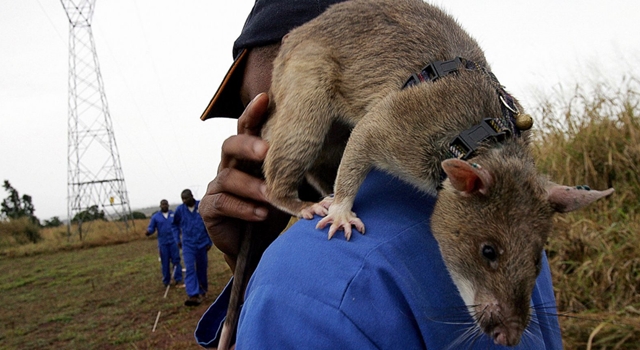 Rats give most people the heebeegeebees, and rightly so. They managed to kill off about one-third of the entire population of Europe by spreading the plague. Humans still haven’t forgiven them for that, maybe we never will.

Rats are fast, they’re dirty and they thrive wherever humans hang about en masse. I know it’s not their fault really though, I mean, if we didn’t leave our crap everywhere then they wouldn’t hang around us in the first place would they? It’s only because we’re so filthy dirty that they’ve been allowed to flourish and grow to such disgustingly large sizes. After all, you aren’t going to get massive by eating worms are you? For that you need discarded burgers and tampon juice.

It seems that these dirty plague beasts are finally trying to earn their keep in Mozambique though. Rats, some of which weigh as much as a domestic moggy, have been put to work clearing lethal land mines. Following 16 years of civil war (1977-1992) Mozambique is littered with limb detaching subterranean explosives. These heroic rats are just light enough to be able to walk across minefields without triggering them. 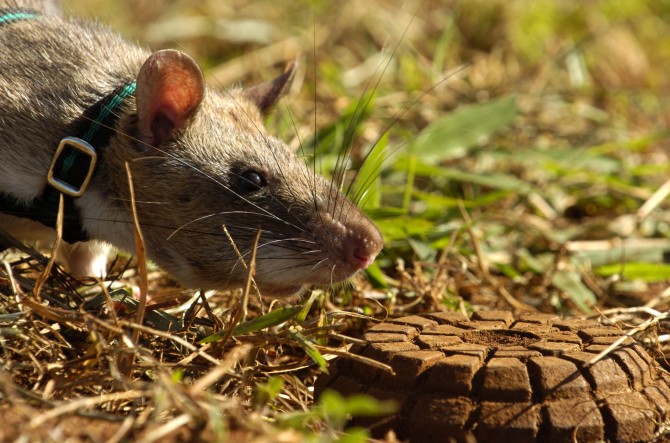 A Belgian NGO is assisting Mozambique in reaching its deadline of a mine free country by the end of the year. The organisation — called Apopo — trains these rats to sniff out explosives by pairing the aroma to receiving treats. It takes the rats about 9 months to get fully trained, but once they’re operational they can cover a portion of land in 10 minutes that would take humans an entire day to scour with a metal detector.

Out in the field the humans let the little guys run off as they follow tentatively behind them with a metal detector. When the rat shows an interest they can gently unearth the silent metallic killer and deal with it. 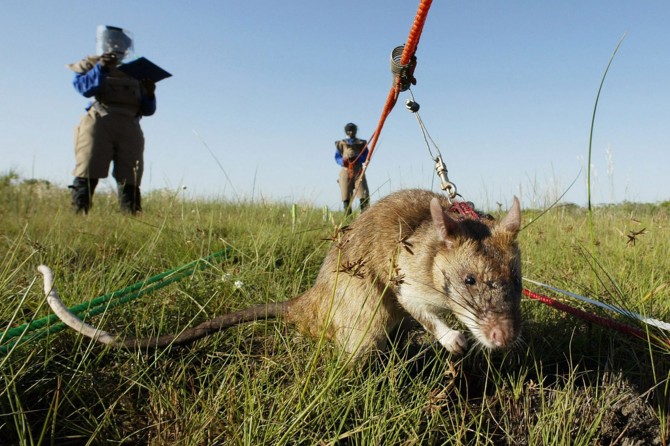 It’s utter genius and everyone wins. It’s cheap too. Last year they cleared 618 acres of 2,500 mines and another 14,000 bits of unexploded ordnance and ammunition. This year they hope to clear another 78 acres with the help of these super rats.

Here’s a video of the little dudes in action…

I certainly appreciate the use of our age-old foe to our advantage, but I’m still not convinced that I’ll ever get matey with them. If, unlike me, you’re a massive fan of Rattus rattus why not visit one of the 7 most rat infested places on earth? You’ll love it. Still, I’d rather drink your puke than touch one.