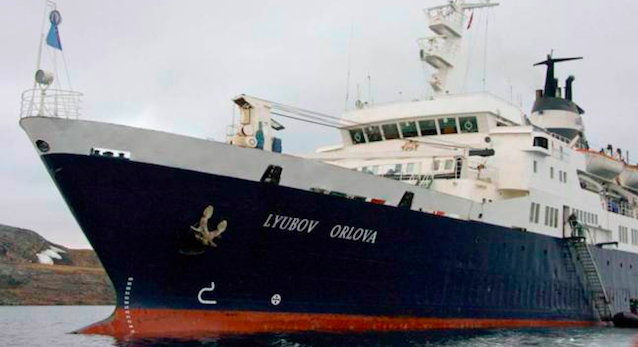 How in the hell was this allowed to happen?

The Lyubov Orlav is a literal ghost ship that has been sailing around the Atlantic Ocean with a population of nothing but rats – which are probably now disease ridden cannibal rats – for the last 12 months. And it could be heading to crash land off the coast of the United Kingdom any minute now. But how the hell did this happen?

The Lyubov Orlav was built way back in 1976 by the Soviets to treat Russian elites to trips to the Arctic Circle and Antarctica. It was seized by the Canadian government in 2010 though as payment for a debt owed by the ship’s now private owners and remained anchored off the coast of St John’s in Newfoundland for two years until it was sold as scrap in 2012.

However, whilst being towed to its final destination in the Dominican Republic, the tow line snapped in rough seas and it was cast adrift into the sea. Canada sent out another vessel to find it which eventually located it in 2013 but the Canadian government decided that it was probably for the best just to cut it loose – as it wasn’t a threat to Canada – and let it float around the Atlantic Ocean.

The only problem now though is that the recent storms have pushed it towards the United Kingdom and it’s highly likely that it may crash into the coast of Scotland or Ireland any day soon. It might sound bad enough that a huge cruise ship might crash into the coast, but what’s made even worse is the fact that the ship is likely to be populated by disease ridden cannibal rats.

Belgian scrap sailor Pim de Rhoodes explains: ‘She is floating around out there somewhere. There will be a lot of rats and they have run out of food and so they will eat each other. If I get aboard I’ll have to lace everywhere with poison’. Hopefully the vessel will be spotted and sorted out before it hits the coast because if not we could be facing a cannibal rat invasion.  As of right now though, nobody has a clue where exactly it is in the Atlantic Ocean.