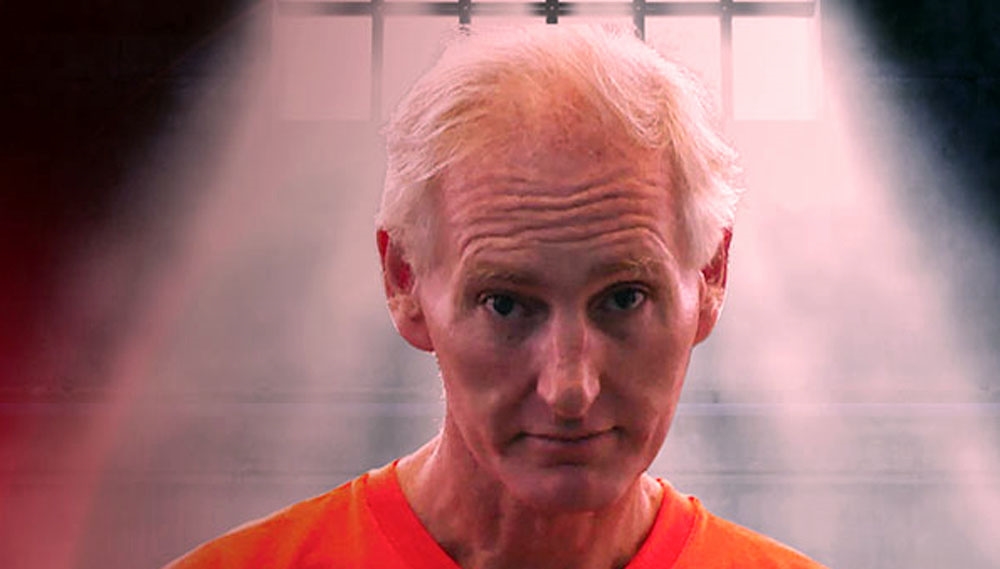 Extremely distressing is a horrific understatement.

A couple of weeks back I wrote a piece about the dark web (read our ultimate guide HERE). I was attempting to find the infamous “red rooms” of yore. I had a good thorough search of its depths, and I really found nothing of note. Nothing but hints and rumours of sickos and sadists; in the end, I came out without having  seen anything too twisted at all, certainly nothing that you can’t find on the regular web.

To be honest, I was quite relieved that I hadn’t had to put myself through the trauma of signing into a red room to watch someone murdered for cash. I mean, really, does anyone genuinely want to see that?

The answer to that question, unfortunately, is “yup.” There are some sick fuckers in this world and today’s horror of note is Peter Scully. He proves that the horror stories are not all internet myths but real world possibilities.

Peter Scully is an Australian born white fella who moved to the Philippines in 2011. After spending some time ripping off property investors he moved into an altogether more sinister circle. 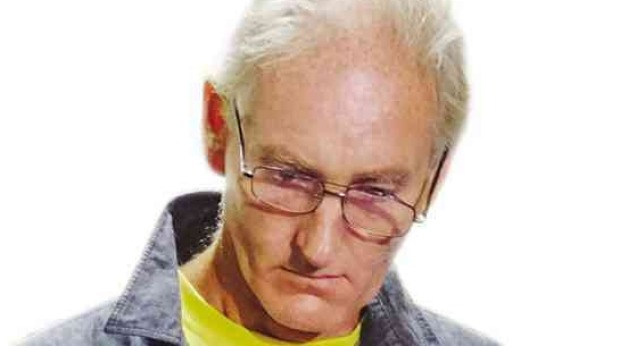 At some point in time, Scully asked his girlfriend (a 17-year-old, ex-prostitute) to get him a couple of young girls (one aged 9, one aged 12). She did as she was told.

According to Scully’s GF, nothing untoward happened for the first couple of days, but then on the second day she returned to the flat to find the girls were both wearing dog collars. This appears to have been the start of something nothing short of horrific. Over the following months, Scully, under the pretense of “helping street kids,” took in a number of young girls.

A minimum of 8 girls, aged from 18 months up, were tortured and, at least one, was then murdered. All live on camera.

The snuff videos created by Scully have been viewed by the Australian and Filipino police, and no one else. The detectives managed to track Scully down thanks to his Aussie accent and other clues left on the tapes. The public has never been given access to the films, and that is certainly for the best. No good could ever come from seeing something like that.

Scully has since been found guilty of the murder of an 11-year-old girl, and of the torture and sexual abuse of at least eight girls, including an 18-month-old infant. The remains of the murdered girl were found under the floor of one of the homes that Scully rented.

According to victim’s statements, Scully had forced some of the girls he was “looking after” to dig their own graves. This guy obviously got off on their physical and psychological suffering. Big time.

As for the exact details of the types of torture Scully conducted, there are plenty rumours as to what the videos contain, but that’s another story…

The Hunt For “Daisy’s Destruction” 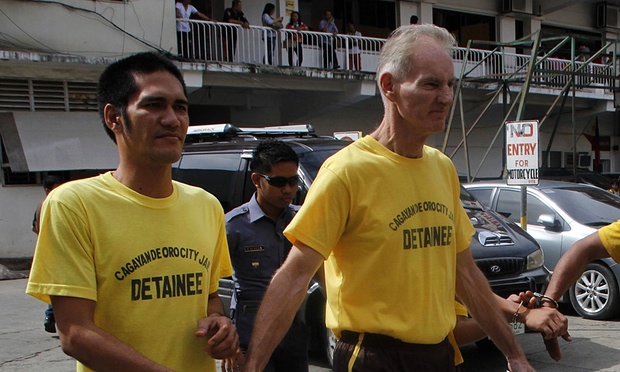 A couple of the videos made by Scully have entered into internet legend. “Daisy’s Destruction” and “Dafu Love” have both been named in chat rooms across the globe.

Of course, I had to search for the titles, it’s my job. But, I couldn’t find video clips, stills or screen shots anywhere. Each time I stepped down a blind alley, I breathed a miniature sigh of relief.

According to internet legend the videos show Scully smashing two babies together until they are both dead. Or, it shows him disemboweling a baby after raping it. And on and on. There is no evidence that either of those scenes exist. It’s strange how the internet has to exaggerate how bad something is. The rape and murder of a child on camera is as dark as I need, thanks.

We know for a fact that these videos exist, well, actually, Daisy’s Destruction is mentioned by the police, but Dafu’s Love might be a made up internet thing. We do know Scully definitely filmed his activities. We also know the live streams were watched, pay-for-view, in Germany, the UK and US.

As the footage was a live streaming event, it is quite possible that only Scully ever owned the files, and I would imagine that anyone who watched the streams and potentially screen captured them, would have destroyed the evidence by now for fear of arrest. 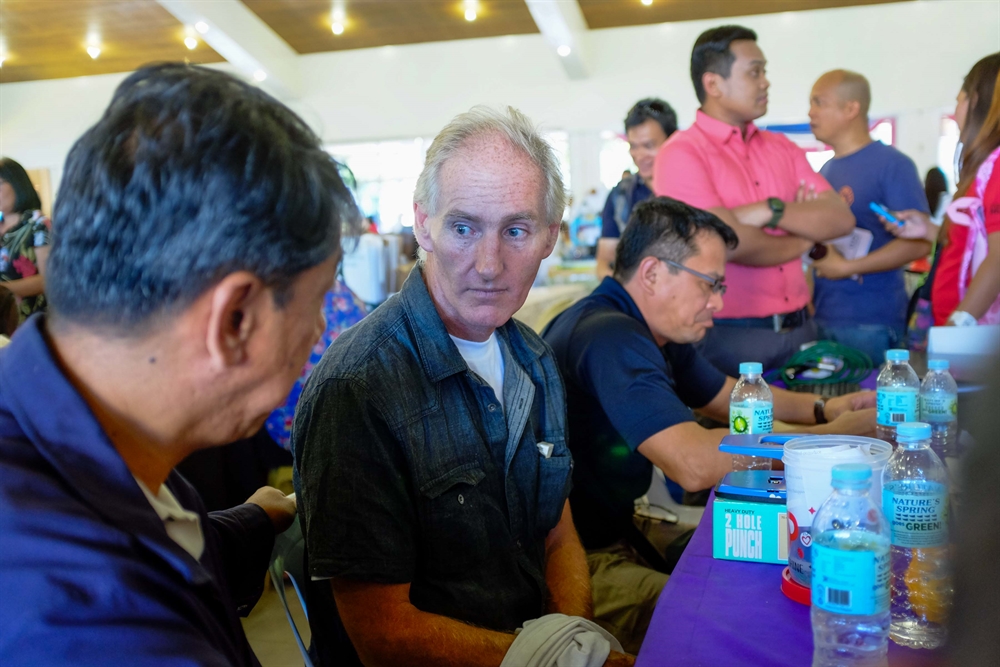 Hopefully we’ll never have to watch them… Scully looks so terrifyingly normal, doesn’t he?

Why do we search for shit like that though? Why do people feel the need to fill their brains with such depressing, miserable gore and filth? Because, let’s be honest, we can’t help watching can we? The link says “DO NOT WATCH” and we’re on it; grimacing and moaning, but we watch until the dying moments.

Some believe that this odd human desire to be repulsed might be based in our evolutionary history. In the past, an ape that watched something awful happen to its colleague might be better able to avoid such a fate in the future themselves. By paying attention to the most unimaginable horror gives you the upper hand in avoiding it further down the line.

Of course, in the modern world, that mechanism isn’t totally necessary in the most part. But, back when we were roaming the savannah and we saw our mate get ripped to bits by a lion, we would do well to watch and learn from his mistakes.

My Theory On Peter Scully 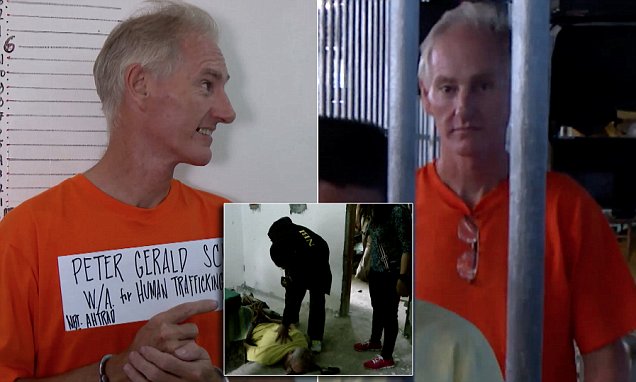 Anyone that has read anything that I’ve ever written will realise that I am not a psychologist, criminologist or anyone with any particular insight. But, seeing as I’m here, and so are you, I may as well give you my theory on Scully.

Scully, I think it is clear to see, is a psychopath. The definition of a psychopath includes low levels of fear, poor impulse control and a lack of empathy. Tick, tick, tick.

But what intrigued me was Scully’s claim that he didn’t start behaving in this sadistic and dark way until he was in the Philippines. Now, maybe this is bullshit and he has been molesting children his whole life, but let’s presume it’s true for now.

I reckon his psychopathic mind enabled him to rinse people of cash, totally guilt free. We know he robbed a lot of money off people using dodgy property deals. He did that for a while and perhaps he got a bit of a buzz from it. As time went on, he wanted a new buzz, so he started punishing kids. To his amazement he still felt no remorse.

During his interview with Australia’s 60 Minute show he really seems to have no sorrow in his heart at all. Not even a glimmer, I mean, he doesn’t even attempt to let out a tear. You can watch the whole thing here:

As the depravity worsened, so the enjoyment rose. He was trapped in an endless stream of butchery and filth. What a fucker.

Peter Scully plans to release his memoirs at some point soon. I’m sure it will make fascinating reading, but, whatever he writes, we won’t be able to believe. You simply can’t trust a psychopath, they are adept at manipulation for their own gain.

How people like Scully become whoever or whatever they are is a mystery. Science needs to work as hard as it can to try and preempt this kind of hideous behaviour. That’s no simple task though and the ethics of preempting crimes are shady at best.

I guess we’re a long way away from an “anti-psychopath” vaccine.