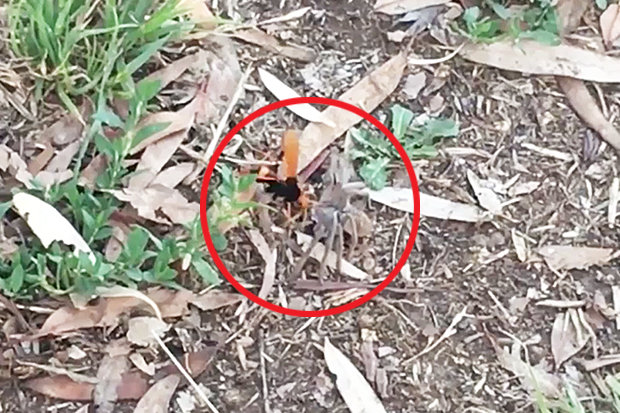 Nature can be so gross.

I hate wasps. I also hate spiders. A lot. So it’s no surprise that this video completely grossed me the fuck out. I hope that you feel the same way.

The clip shows an absolutely obscene-sized wasp take on an equally obscene-sized spider in a battle to the death. The footage was taken in (you guessed it) Australia, by a man named Steve McArdle. Fucking Australia – imagine having to deal with battles like this on a daily basis? NOPE.

Although the clip doesn’t show the entire story, there’s definitely a clear winner:

I would feel bad for the spider, but I dislike both of those creatures. So I guess just leave them to it.