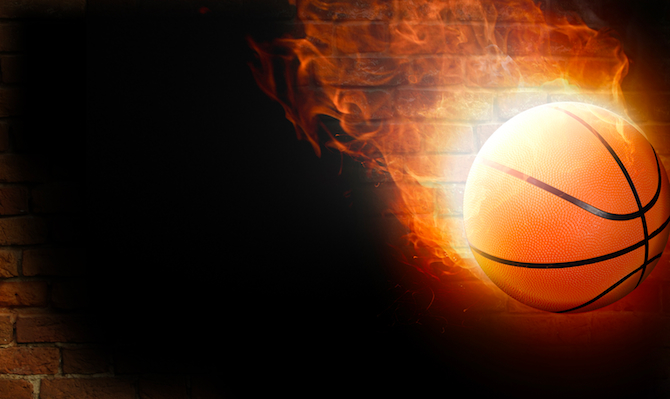 If you’re winning a basketball match by 5 points with 2.8 seconds to go, you’re probably thinking you’ve pretty much got it all sewn up. Well you would be wrong.

So I recently posted about the basketball play that went viral and became known as ‘The Shot‘ – you can click on that link and read all about it if you missed it but basically this New York high school kid hit a 55 foot shot on the buzzer for his basketball team to win the game and it was awesome – but that hasn’t got anything on this basketball comeback, which is universally recognised as the greatest of all time.

Basically, USC (University of Southern California? Not sure) are playing basketball against Oregon in a college game. I think it’s kinda an important game, like March Madness or the playoffs or something, not just a regular season game or whatever. Anyway, Oregon are winning by 5 points with 2.8 seconds to go. Surely that’s game over right?

You would think so. But not if your name is Adam Spinach. What a cool name huh? Inspired by Popeye. I guess this guy was born to pull off one of the greatest sports comebacks in history with a name like that. Basically, somehow Adam Spinach manages to single handedly score six points in 2.8 seconds. Yeah, you read that correctly. Sounds like it’s completely impossible huh? Well, I would agree with you but then I watched this video and now I’ve seen it’s possible. It’s still pretty unbelievable though.

Check These Out Next:

Dumbest American NFL Fan Has The Most Ridiculous Celebrations In History