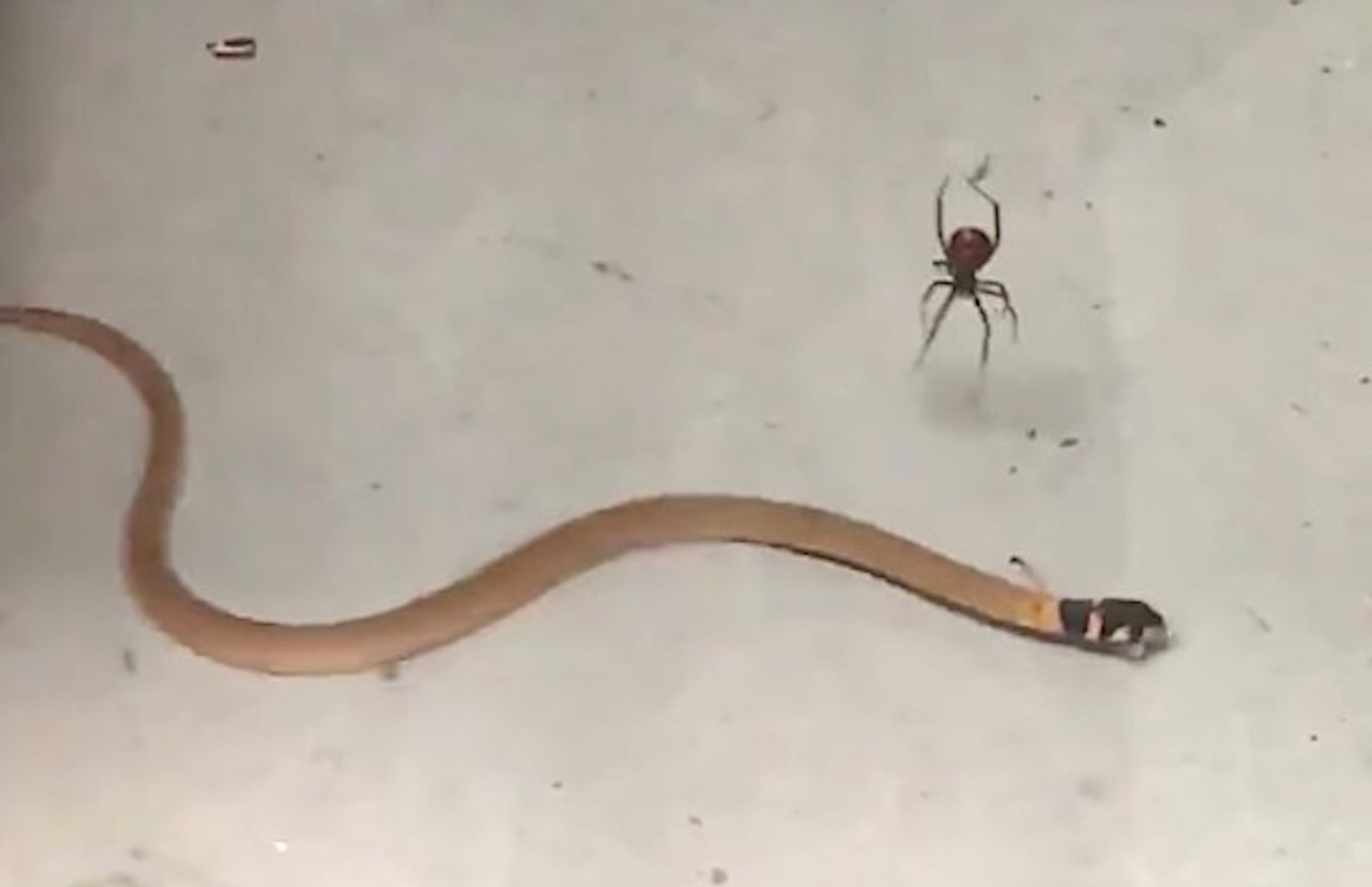 Two of Australia’s deadliest predators one on one – who’s your money on?

One thing you can say about humans is that if they suffer a disagreement, then they don’t usually end up killing each other because of it. Sure, they might come to blows, but actual death isn’t usually an option. In the animal kingdom though, it’s the only way to sort out beef.

This is exemplified in the video below, where two of Australia’s most deadliest predators come face to face in a battle to the death. The brown snake has somehow slithered its way into the Redback spider’s web, and neither of them are too happy about it. The only way to settle it seems to be to kill each other, so they’re off and at each other.

For more redneck spiders, check out this unlucky dude who got bitten on the dick by one. Ouch.