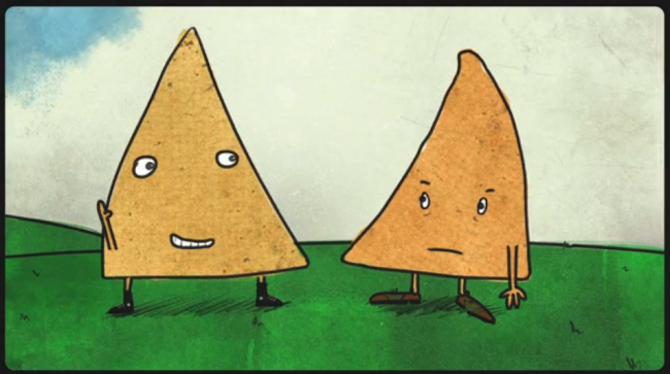 This man’s wife got drunk on wine and told a crap joke. He recorded it and turned it into this brilliant little animation.

Think you and your partner are the best couple ever in the history of couples? Do you enjoy sitting in Nandos and sniggering at the other couples that are nowhere near as cool a couple as you guys are?

Well, there are better ways to measure the love you really have for your partner. For example, ask yourself, would you…

Take a bullet for them?

Take their speeding points off them?

Put a gun in their hand when they are confronted by unruly youths?

Pick a fight with anyone who so much as glances in their direction?

If you answered yes to all those questions, it doesn’t mean anything. The point we’re making is this — you are nowhere near as awesome as this guy, who one night decided to record his drunk wife telling a corny joke about tortilla chips, and then cleverly animated the joke using the original audio and sent it viral.

What a seriously awesome thing to do. Better brush up on your ideas guys and gals.

The Smallest, Most Expensive & Awesome Cartoon Ever Made

Why Ren & Stimpy Was The Greatest Cartoon Ever Made