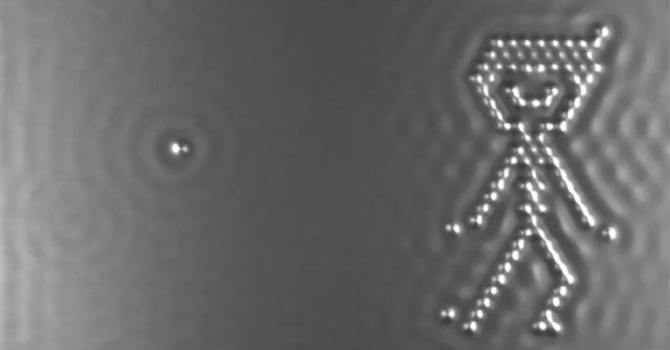 This week IBM have broken the world record for the smallest animation. It’s called “A Boy And His Atom” and it’s mind blowing. The clever little buggers.

IBM, the technology overlords, are at it again.

They’ve been pushing the boundaries of science since their inception in 1911 and have no plans to stop. This week they unveiled their most childish endeavour to date: they made a cartoon out of single carbon atoms. When you read it quickly like that it doesn’t sound that amazing, but it really is. To get the size of these little blighters in your head, it would take the width of 1000 frames from this cartoon to cross just one single human hair. So they are tiddly, minuscule and incy wincey. IBM have managed to move each atom individually using an ultra sharp needle thing and put together a film that in total lasts 90 seconds and includes 242 slides.

â˜› Next: Do We Live In A Computer Simulation?

Although the film itself hasn’t used any technology they didn’t already have, it’s an impressive feat and enters the Guinness Book of World Records for the smallest stop-motion film. The reasons behind the film were more to try and spark interest from the next generation of budding science kids. I can almost smell some of the less science friendly of you out there grumbling at the pointless waste of money, but, the science of moving atoms around is all pushing towards physically small, but virtually massive storage for all manner of electronic devices. At the moment, the memory within the device you are reading this on takes about a million atoms to store one ‘bit’ of information, IBM have already demonstrated the ability to save one ‘bit’ on just 12 atoms. Mind blowing. This is what the “movie studio” looks like. 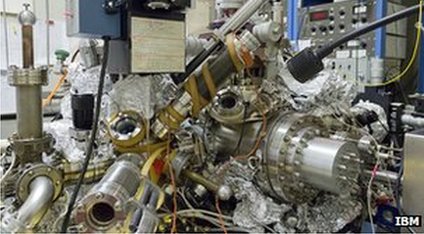 So put your binoculars on and, with jaw agape, watch this tiny animation that foretells the coming of an even tinier technological world. Here is “A Boy And His Atom”:

And if you were wondering what the ripples on the surface were all about, check out a short explanation. I almost, kind of, sort of understood it on a very basic level. Even though it’s probably aimed at kids:

The Sick Chirpse Half Arsed Guide To Dark Matter

The Sick Chirpse Half Arsed Guide To The Higgs Boson

What Does Earth Look Like From A Satellite? — Ace Of Course