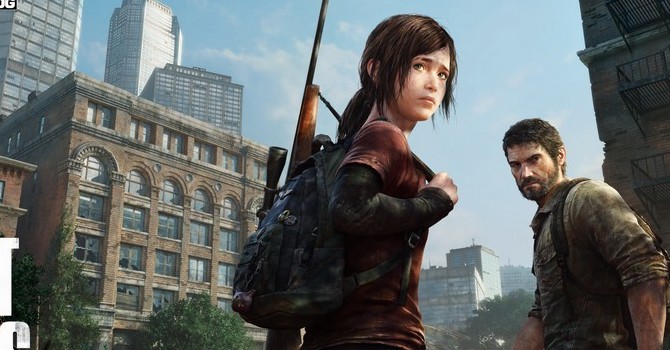 With Sony’s new blockbuster, should we finally start paying attention to age-restrictions on games?

[This article contains spoilers for the opening scenes/levels of The Last Of Us.]

Who can forget seeing Arnie machine-gunning faceless foreigners in “Commando,” reagrdless of age restriction? We all saw it on VHS, or late night on ITV, way before we were allowed to, and it was all faintly racist, but ultimately harmless boys-own fun, in the mould of millitary comics or a Tom and Jerry cartoon. Yes, it was violent, but we all knew that this was pretend violence. People weren’t really getting shot, the same way that if you hit someone in the face with a frying pan, they don’t really become frying-pan-shaped and walk it off within a couple of seconds.

The same logic has applied for years to video games. They have age restrictions, but even the most brutal age-restricted game has a certain tongue-in-cheek quality. Take Mortal Kombat; it’s clearly impossible to punch someone’s head off to an accompanying crimson spurt, and anyone with fists, a head, or a basic grounding in reality surely understands that. 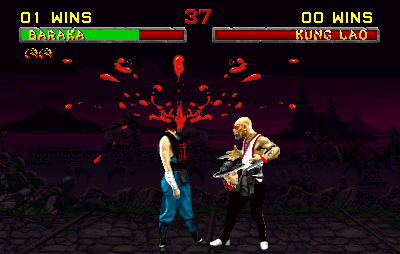 In 2011’s “Bulletstorm,” players could literally score bonuses by shooting an enemy in the dick and then kicking him face-first into a giant cactus. This didn’t mean any of the above was remotely realistic, so much as a gratuitous, slapstick comedy game. And a game is exactly what it was.

Even slightly more brutal offerings like the “Killzone” franchise went a long way to de-humanise opponents. Sure, enemy characters would take cover to avoid your line of fire, like a real, living person would do, and if you charged in to finish them off with a bayonet (as was often required) they would scream and bleed in a fairly harrowing manner, but these were still deliberately faceless opponents with glowing red eyes and deliberately Nazi uniforms. As a player, you didn’t ever really feel bad about killing them. 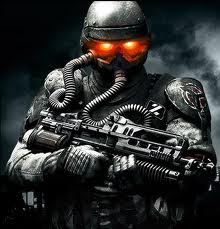 This may all be set to change with the release of “The Last Of Us,” Naughty Dog’s post-apocalyptic survival game.

For those unaware, “The Last Of Us” has been released on Playstation 3 to the kind of worldwide, glowing acclaim that hasn’t been seen since people noticed Pippa Middleton’s arse. It deals with the standard zombie apocalypse, albeit in a slightly-more-plausible way than usual, and sees a grizzled survivor of the end of the world, twenty years from now, trying to escort smuggled cargo across the ruins of the continental U.S.

â˜› Our Review: The Last Of Us

This is really the first “grown up” game from Naughty Dog, the team that first rose to prominence with Crash Bandicoot way back in 1996. The creative team behind “The Last Of Us” previously released “Uncharted 2: Among Thieves,” considered by many to be the PS3’s best game.

Whereas “Uncharted 2” was a fun, playable action movie with a lineage steeped in Indiana Jones movies, it never went truly dark. It skirted issues like Eastern Bloc war crime and the obligatory, Jones-inspired Nazi history, without ever really deviating from its natural course as an exciting, lighthearted adventure game.

“The Last Of Us,” by contrast, is unremittingly brutal. Forcing a player to live through the outbreak of the zombie apocalypse, during which a single wrong move will see the player character’s neck graphically torn out, the game moves swiftly through a burning town, panicked, terrified locals, and ends on the millitary cordon executing the main character’s young, crippled daughter. This is the first ten minutes.

From there, we return to the protagonist twenty years in the future; greying, embittered, his face lined with hardship, regret and sacrifice.

Moving ahead into the early, tutorial levels, a player first encounters enemies, and this is what truly makes “The Last Of Us” an adult game.

In previous, violent games, nothing really feels genuine. Nothing ever has. Playing “Streets of Rage 2” on Megadrive was just a case of “look how many fun ways I can kick this guy’s ass!” In “The Last Of Us,” the player, armed with a length of wood salvaged from some wreckage, is able to take a running swing at a stunned enemy.

The non-player-character lurches, poleaxed, as the wood makes contact, and the controller shakes with the thud of the impact. Blood sprays in exactly realistic amounts – not “Call Of Duty” bloodless machine-gunning, or “Mad World” OTT geysers. Just a dark, accurate, brutal splatter as another human being’s skull caves in.

â˜› Slightly Less Severe: Rhianna Hits Fan In The Face With A Microphone

As the game progresses, human enemies will beg for their lives if ambushed, pleading with you not to kill them as the game prompts you to choke the life out of them or gouge out their carotid artery with an improvised shiv.

The player deaths are no less harrowing. The slightest mis-step around the mutated, zombie-like “clickers” will see them graphically tear your throat out. One in-game monster literally rips your face in half if it catches you.

In short, “The Last of Us” is brutal and brilliant, and quite possibly exists at what the limits of current-generation consoles are capable of.

It also, however, reaches new territory in terms of parental guidance. For years most parents have ignored the age restrictions on games (as have most players) because it’s ultimately “just a game.” Entertainment, nothing more.

However, like Peckinpah filming “The Wild Bunch” – the first movie to realistically portray visceral, messy gunshot wounds with exit patterns – “The Last Of Us” has crossed into a whole new level of gaming where violence is messy, direct and traumatising.

This really may be the first game where parents should pay attention to the labels. Don’t give this game to your kids if they’re nine years old. As artwork – regardless of what Spielberg and Lucas say – it’s fantastic. As a playable experience, it’s outstanding. As a present for a child? It’ll cost you way, way too much in therapy in years to come…