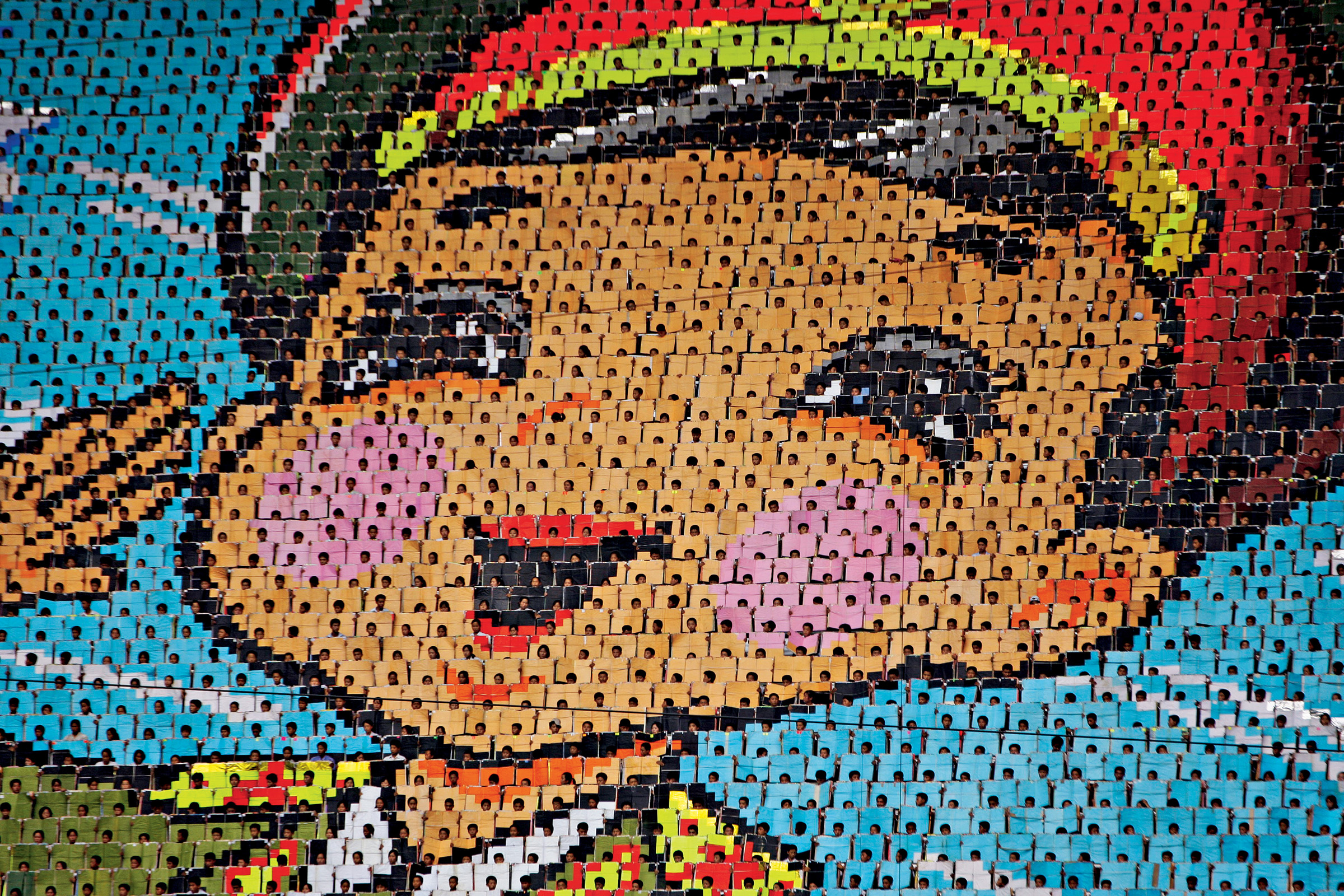 Kim Jong-un is keeping his trigger finger twitchy this year.

There seems to have been less news trickling through about North Korea in the last few months. You could be forgiven for thinking they were chilling out a bit. But no, sadly not. The North Korean regime has a lot of horror to live up to, and Kim Jong-un isn’t about to let the side down.

Western media recently reported a couple of uneventful missile tests by North Korea; they were mostly designed to wind up the South Koreans and the Yanks – no big deal. But, on the side, without making too much of a fuss, Kim Jong-un has been killing officials willy-nilly.

According to South Korean intelligence, Kim Jong-un has managed to put to death no less than fifteen people in the first quarter of 2015. Good stats, fatty.

So who has he bumped off? Unsurprisingly they are mostly people who have disagreed with his policies. That’s a fair response isn’t it? If people disagree with me I tend to kick them in the shins, but executing them seems like a much more effective method.

The list of victims includes two vice-ministers, one of which was from the forestry department. This poor guy had disagreed with Kim’s forestation plans. I mean, OMG, he was basically killed for disagreeing about trees. That’s pretty screwed. 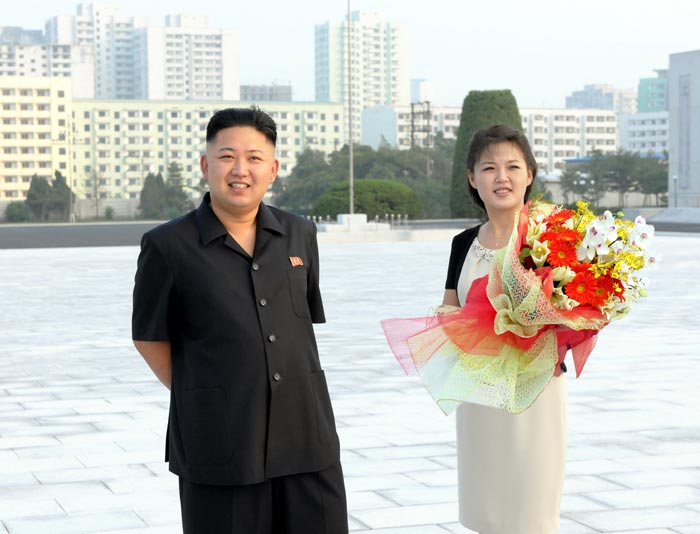 As with every facet of life in North Korea, music is a state affair. The Unhasu orchestra is a political tool, Kim’s wife, Ri Sol-ju (above) was a member at one point. But the orchestra took some heavy losses this year. At least four of their members have been put to death on spying charges. They were shot by firing squad whilst their band mates were forced to watch on in horror.

Here’s the Unhasu Orchestra performing in happier times… well, actually, they probably weren’t any happier. But still, this is them:

Back in 2013 the orchestra had another couple of members executed for violating pornography laws. No one is safe from Kim Jong-un’s rage. In the same year as the porn-gate executions, he had his uncle and advisor Jang Song-thaek executed. According to state media Jang had been plotting a coup, they referred to him as a “traitor for all ages”, “worse than a dog” and “despicable human scum”.

This is Jang being led into court handcuffed: 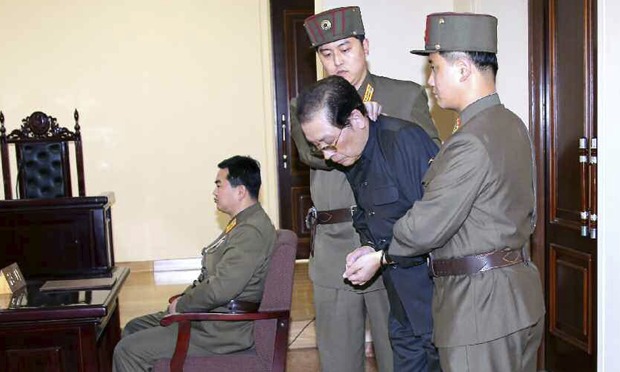 State media said that he had squandered money and planned to lead North Korea after he had overthrown Kim Jong-un’s government. Of course, North Korean news is either massively slanted or completely made up, so we’ll probably never know what the truth of the matter was. But, the take home message is that Kim is happy to execute his father’s sister’s husband. So no one is safe.

So why is Kim Jong-un slaughtering so many high-profile individuals? It seems he’s picked up bad habits from his father and grandfather who ruled the country before him. There’s nothing quite like a series of executions to keep your political allies close and in agreement. People tend to want to be on your side if they see others getting put to death for disagreeing. 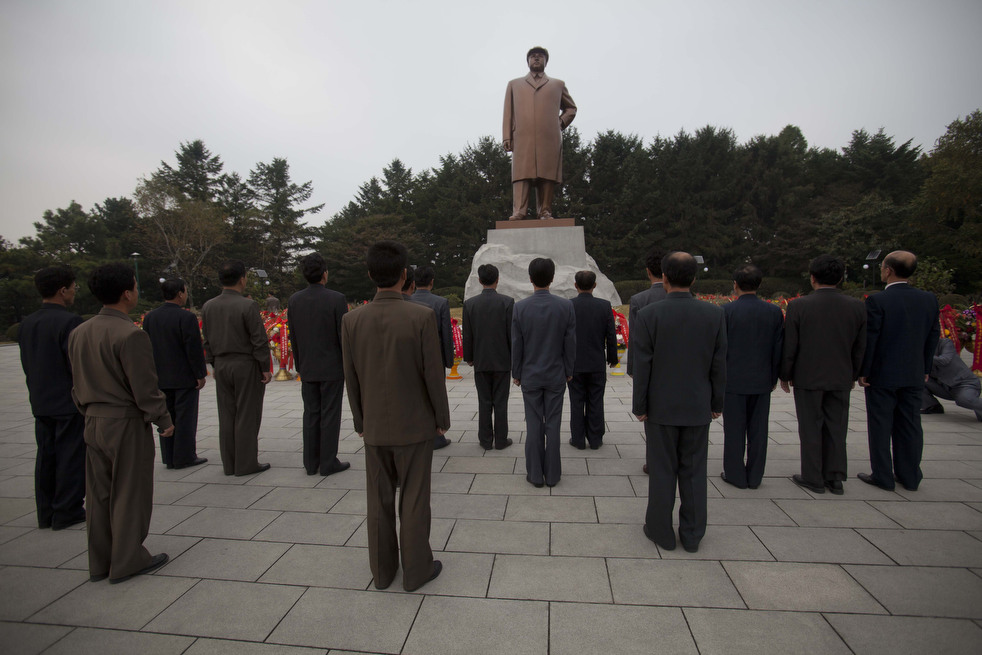 North Koreans who have escaped to South Korea and China have spoken out about the unspeakably awful political prisons there. The average North Korean ekes out a meager existence, and has a relatively quiet life, especially in the countryside, but there is always the danger of being ripped away from your family and placed in a barbaric prison for the rest of your life. It must be difficult to relax. 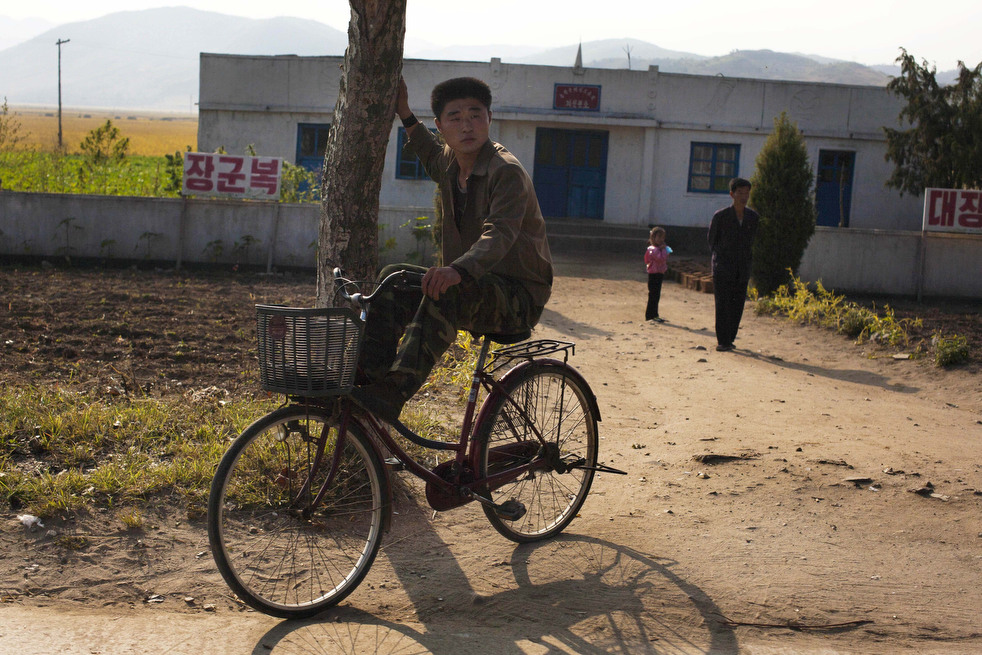 North Korea, especially in remote areas, has huge problems with famine, Kim Jong-un can’t help but be concerned that one day people will rise up against him. In the past the poor people of North Korea didn’t know how poor they were compared to the rest of the world, no information would ever get in. Things are changing now though, and people are learning what the rest of the world is like, albeit in dribs and drabs.

As technology develops the threat from information must play heavily on Kim Jong-un’s mind. In the past it was only the occasional radio smuggled in from China which was a headache for the leaders of North Korea. Now there is the internet, mobile phones, TV, VHS and DVDs to be mindful of. Citizens have been thrown in jail after being caught watching South Korean soap operas or listening to foreign radio shows.

A regime that is so poor, and so despised by its neighbours and the rest of the world, needs to keep its people on their knees and in the dark by any means necessary. An iron fist is all the DPRK leadership knows. One thing we can be sure of is that there will be plenty more executions. And, probably a lot less hip-hop videos.