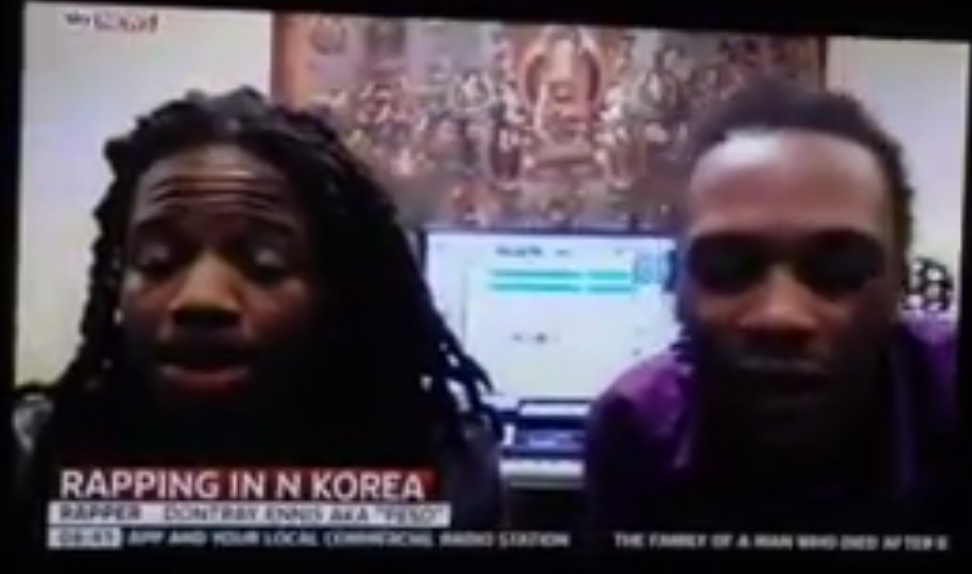 If you didn’t catch this story about the DC rappers Pacman and Peso making a rap video in North Korea you can read the details in full here:

Basically a couple of US rappers living in rough neighborhoods decided to ask the www to fund a trip to North Korea to make their first video. These sorts of hair brained schemes are ten a penny, but the difference is this one actually came off. The internet, majestic and benevolent as it is, stumped up the cash. Thanks to one of their manager’s ex-military pals the visa was secured and off they went.

Pacman and Peso managed to get into North Korea to shoot their rap video, albeit on the sly. They had to record snippets when their chaperones weren’t watching and lip sink to the tune in their heads because they couldn’t play it out loud.

The video hasn’t been released in full yet but the teaser has already gone viral. 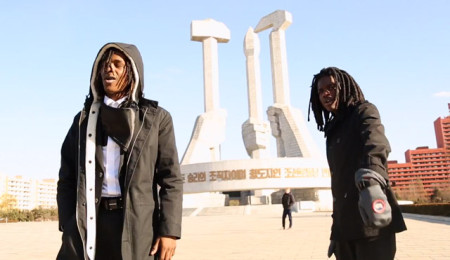 This morning they were supposed to be interviewed live on Sky News, but because they were too drunk they had to be prerecorded and heavily edited. Basically, they only aired the things Pacman and Peso said that didn’t involve curse words. It doesn’t make a whole lot of sense but you kind of get their drift.

They basically said you can’t write off a whole country of people based on what the news says and that where they come from isn’t exactly a safe haven either. Fair point. 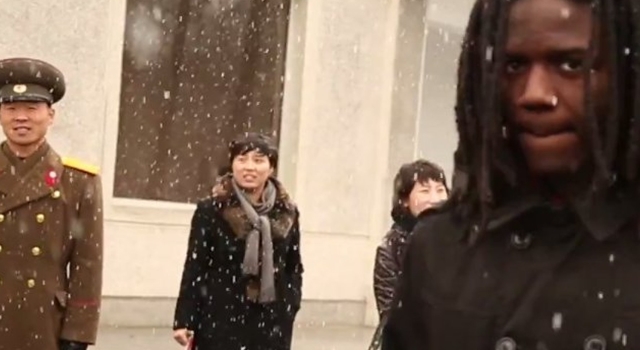 When the cameras cut back to the studio, the uptight, straight-laced bag of cack presenters are all snooty and uppity. The bint on the right is all like “they’re just doing it for attention”. Well that seems a little bit rich from some woman dressed up smart to talk to people on television. What exactly is she doing then? Would she be dressed up like a cheap cut of mutton on a Sunday morning if there weren’t cameras pointing at her? Attention? Errr… yeah, that’s how you make money if you want to be in the music biz. That’s what being a performer is about: attention. Silly cow.

Any how, video on next page…