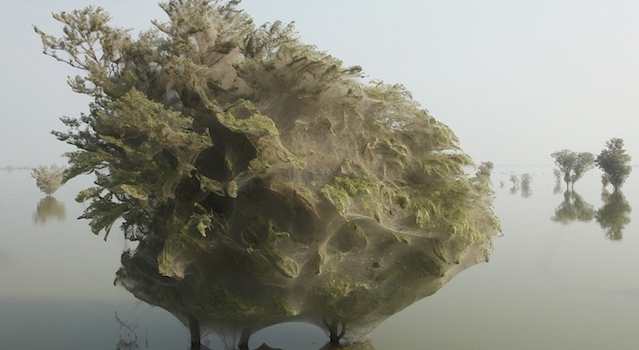 In 2010 following severe flooding in Pakistan these trees started popping up, but why did the appear?

In 2010, ten years worth of rain poured onto Pakistani cities in just one week which is way worse than what we’re experiencing right now. Obviously the flood damage was incredible and all the crap that is normally associated with flooding happened, but once the waters finally subsided the Pakistanis also noticed something else – all the trees were cocooned in sticky webs.

It turns out that because the floods took so long to disperse, spiders and other insects were forced out of the ground and up into trees. This resulted in trees wrapped in spider webs (it’s possible that other insects and moth larvae contributed though too) looking as if they were cocooned and producing these amazing photographs.

The cocoons also had a positive effect on the area as the number of malaria carrying mosquitoes in areas with the cocoons was significantly lower. 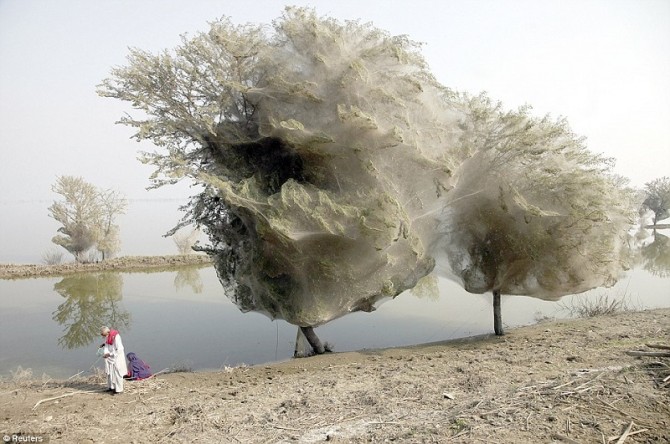 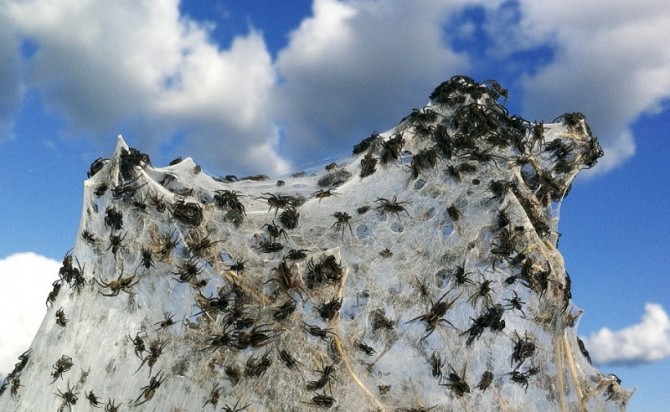 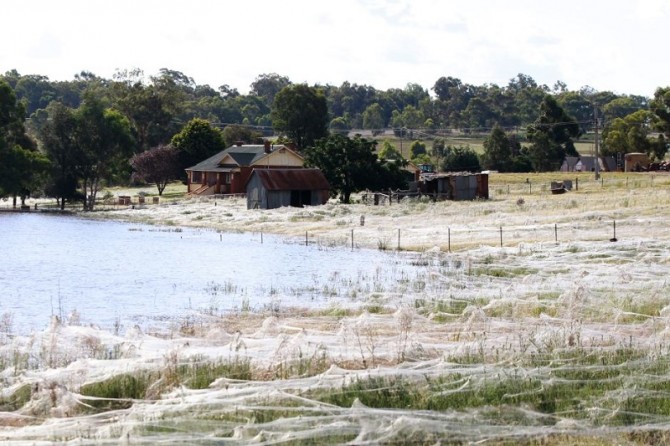 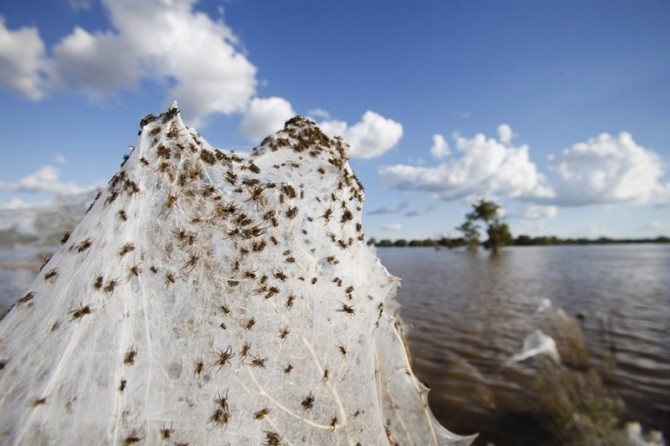 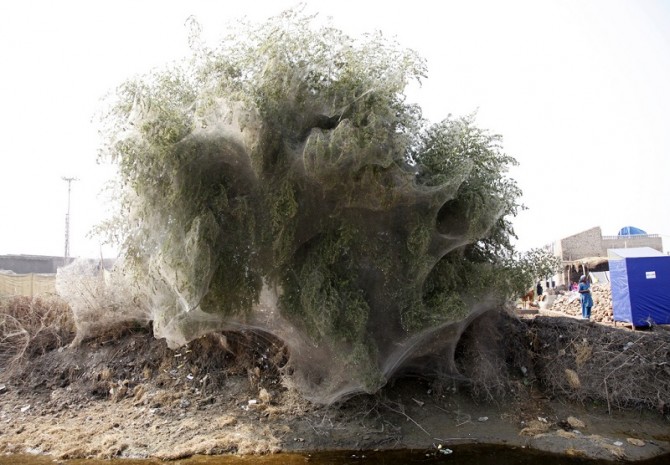 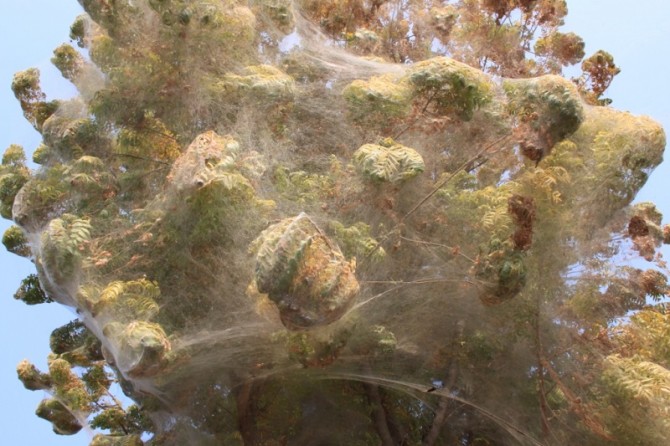 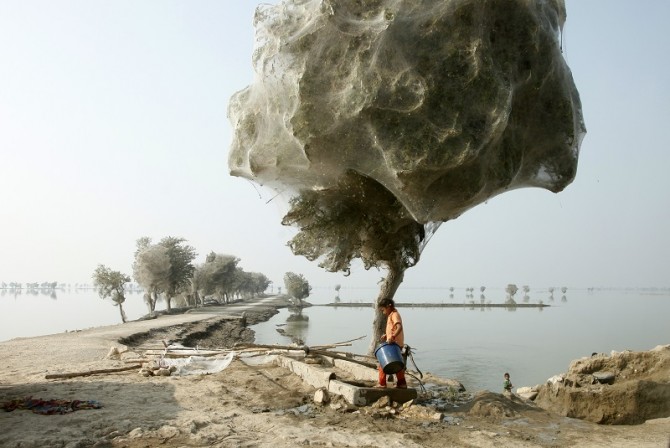