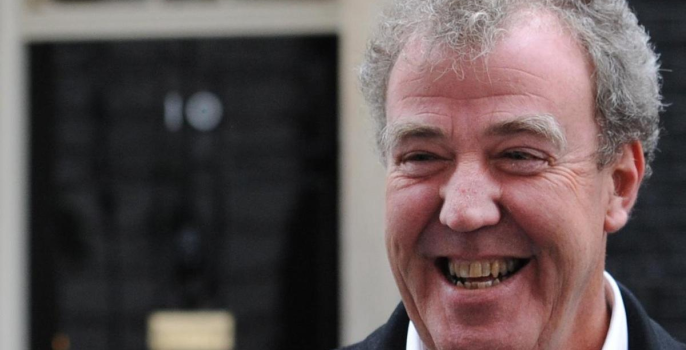 The idiot can’t even get the constituency right.

The only thing more dispiriting than the existence of Top Gear host and professional bullshitter Jeremy Clarkson is the fact that he is so very, very popular. The reason he enjoys such immense popularity is because this country is full of absolute morons and, lamentably, the morons outnumber us all. Such is life.

It seems that tediously banging on about cars, denying climate change and offending Mexicans simply isn’t enough to keep Clarkson occupied these days. Now he wants to help run the country and has announced his intention to stand as an independent against the nation’s favourite punching bag Nick Clegg for his parliamentary seat in Sheffield Hallam. Across the country, people who think that saying things which are ignorant, ill-informed and out-of-date make them “edgy” and “a maverick” were shitting themselves with delight.

Another Guy Who Should Never Be In Charge Of Anything: Kim Jong-Un Has His Ex-Girfriend Shot

And being that this is Jeremy Clarkson, a man who has turned making a twat of yourself into a viable career,  he has to do it in the most shambolic way possible. Originally, he Tweeted that he wanted to run on his home turf of Doncaster North, held by none other than Labour leader Ed Miliband, but in an interview with The Sun, it turns out that he got his boundaries mixed up. “I was a bit drunk when I suggested I would stand as an independent candidate in Doncaster,” said Jeremy, stupidly.  “I meant Sheffield Hallam.”

A sensible, reasonable individual would read the above comment and think: “He claimed he was drunk? What an idiot! We can’t possibly let this man guide national policy.” The average UK voter, however, would react as follows: “CLARKSON YOU LEGEND WHAT ARE YOU LIKE?!? GET THE FUCKING BEVVIES IN YOU ONCE YOU GET TO NUMBER 10 MATE LOL” and then vote for him on their way to a Beady Eye gig.

More British People Being Thick: People In The UK Are Really Stupid

Another gaffe-prone patriarch with a proud history of pissing people off, namely Boris Johnson, has leant this whole farce a glowing endorsement. Writing in the telegraph, the funny-haired skirt-chaser writes: “Come on, Clarkson! Stand against the Cleggster with his hideous turbines and mad new taxes. That should put the wind up him.” Deep, Boris. Fucking deep.

A classroom full of small children would do a better job of running the country than Nick Clegg – a man who is now less of a politician and more of an embarrassment with a pulse – but that doesn’t mean we have licence to replace him with a man who talks endless backwards bollocks for a living. Imagine him speaking out on women’s reproductive rights or trying to adjust tax brackets that accommodate people on low incomes? It would be like some of sort of black comedy only with less laughing and more sobbing.

Christ Almighty, can you actually imagine the nightmare of living in Clarkson’s Britain? Women would be denied the vote and areas of natural beauty would be converted into racetracks for overpriced Italian sports cars. Book-burning ceremonies would be held every Sunday night at 8pm and internment camps would be built to house people who spoke foreign languages or hadn’t passed their driving test.

Predictably enough, there is already a Facebook group set up by graduates from the school of I-Didn’t-Really-Think-This-Through, which at the time of writing has notched up more than 3,000 ‘likes’. Not enough to make a man Prime Minister admittedly, but enough to make my already fragile faith in humanity plunge that little further. Can the last sensible person to leave the UK please turn the lights off on the way out please?