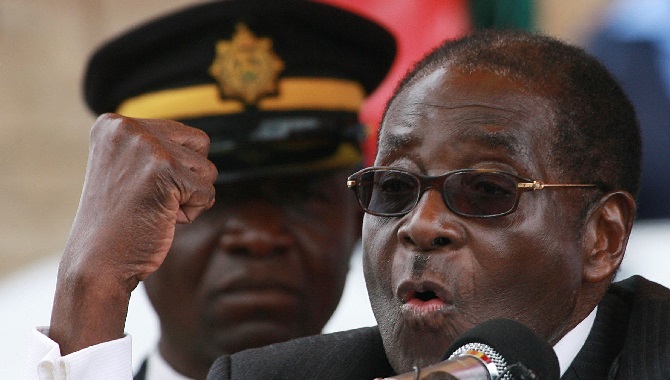 Robert Mugabe starts his 7th term in office by insulting Nelson Mandela, homosexuals and white people. Par for the course then.

Robert Mugabe has started his 7th term as President of Zimbabwe after last week’s much disputed election. He has also made a lengthy statement proving that he’s still as mental as ever. In the statement the 89-year-old dictator (which hardly anyone is willing to call him) glorifies himself and insults the ailing Nelson Mandela. He stated:

“I am the greatest African who has ever lived,”

“The world should love me more than the idiot Nelson Mandela. F**k Nelson Mandela. As I waged war against colonialism, that coward sat on his ass in prison for 27 years. He’s a coward”

The delusional despot also willfully revealed his racism and homophobia, with the remark:

“There is only one color allowed in Zimbabwe, and it is black,”

“I banned the colour white in my country. Nelson Mandela told all the white people to stay in his ridiculous rainbow nation. He should have thrown all of the whites and homosexuals out of his country like I did. South Africa would be so much better off.”

Much like Mandela, Mugabe played an important role in overthrowing white-minority rule in post-colonial South Africa. Unlike Mandela, Mugabe’s rule has been marked by corruption, violence and human rights violations. It seems that this is how he has remained in power for so long. Mugabe has already flouted rules governing the maximum number of terms a president can serve, as well as the maximum age for a president (rules he simply changed when they became applicable to him). 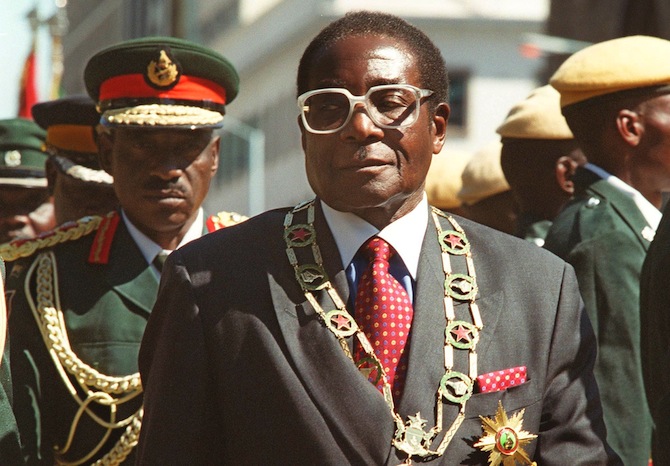 â˜› More On Africa: Swaziland Witches Banned From Flying Above 150 Metres On Broomsticks

The Southern African Development Committee’s Council of Non-Governmental Organisations (SADC-CNGO) has identified serious problems with the way the elections were conducted. With the head of the SADC stating;

“Though the scope and extent of the impact of the observed anomalies on the outcome of elections could not immediately be ascertained, they in themselves constitute serious electoral deficits,”

Translation: the elections were rigged. There are increasing reports that the ‘anomalies’ were only present in areas where support for Mugabe’s opponent was high.

Mugabe is bat-shit crazy, and dangerous. The international community may step in when the elections are definitively revealed to be rigged, but until it’s been proven, Mugabe will continue to have a free reign. Hopefully these new comments against Mandela may incite enough outrage to provoke a response (think the Beatles when they said they were bigger than Jesus).

Other than that, Mugabe’s reign will probably only come to an end when he dies. Or when America finds oil in Zimbabwe.