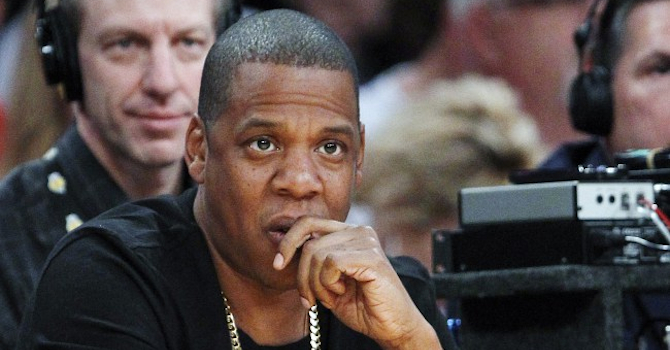 It’s only natural nowadays that if someone sees an old photograph that looks a bit like a celebrity that they suddenly accuse the celebrity of being a time traveler, and now it’s Jay Z’s turn.

It must be so great being a celebrity  – I mean not only do you have the media following your every move and criticising everything you do, but you also have to deal with people finding really old pictures that look a bit like you and then accusing you of being a time traveler, which is pretty ridiculous. Of course, I’m sure having loads of money and being famous probably makes up for all that, but it must be kinda annoying to be hounded out about this crap and it does seem to happen to celebrities more often than it should.

Nicolas Cage Is A Vampire

John Travolta Is A Time Traveler

The latest celebrity to be accused of time travel/being a vampire/being an alien etc is Jay Z because somebody found a picture of a man taken in Harlem, New York in 1939 that looks a bit like him. To be fair, the dude does look a bit like Jay Z and this isn’t just some racist ‘oh yeah all black people look the same’ kind of bullshit, but even then accusing someone of being a time traveler is pretty stupid behaviour.

Although with rumours that Jay Z might be a member of the Illuminati, maybe he did master time travel and that’s what enabled him to become one of the biggest rappers in the world and marry Beyonce? I guess nobody knows for sure except the man himself, but I’m betting he probably didn’t and is just a stone cold sickhead.

You can see the picture below. It was originally posted by the New York Public Library’s Schonburg Center, who offered the following commentary with it which probably didn’t help the matter:

‘Does the man on the right remind you of someone? Perhaps it was his great-grandfather taking a break in Harlem in 1939. The photographer, we know for sure, was Sid Grossman. If you can put a (real) name on the young man, let us know.’

I mean it’s really responsible for a library to just whack out stupid speculation like that isn’t it? Completely dumb.

Jay Z Rides Subway To His Own Gig In Brooklyn 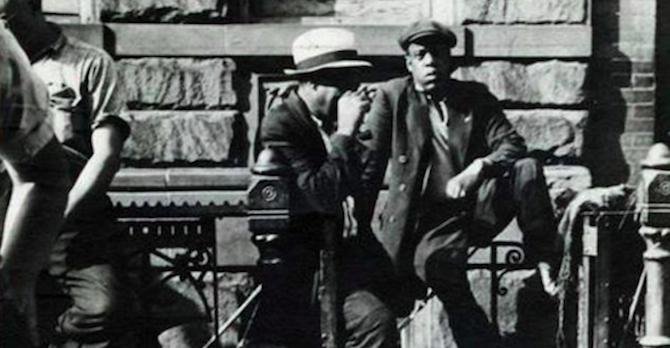