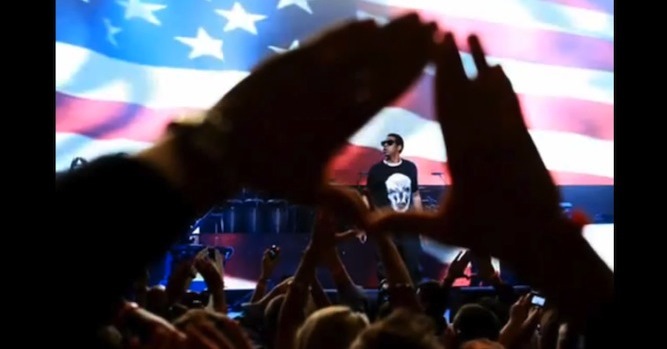 Jay-Z isn’t one to shy away from occult symbolism. But is there any truth to the rumours that he’s part of some dreaded occult order like the Illuminati? Let’s take a look. 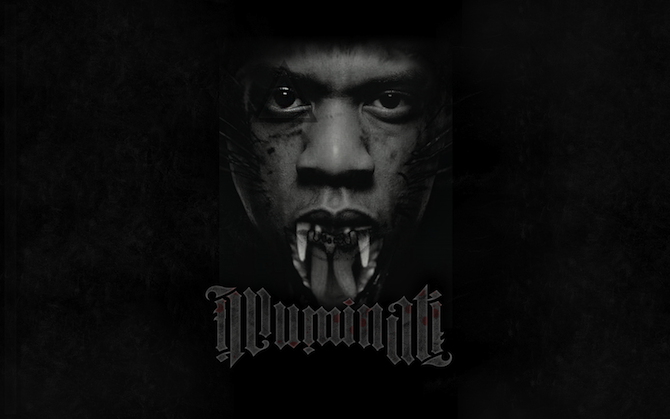 Jay-Z isn’t one to shy away from occult symbolism. It’s long been rumoured that he is part of some kind of occult order (we’ll call them the ‘Illuminati’) , and his videos for tracks such as Run This Town and On To The Next One are filled with satanic imagery and symbolism.

But is this evidence that he is a part of a secret, satanic cabal? Let’s have a look:

CONSPIRACY THEORIST SAYS: Why does Jay-Z include satanic images/lyrics in his songs?

RATIONAL PERSON SAYS: Jay-Z, Sean Carter, is a master businessman. He definitely appreciates the attention all this illuminati talk brings him. Take a look at how many times his music videos are uploaded onto YouTube, reposted, analyzed for Illuminati symbolism, and spread around the greatest marketing tool ever created: the Internet. It’s a stroke of pure genius; the conspiracy theorists, the same ones who would like to see Jay-Z brought down, are doing a great job of promoting him and it isn’t costing him or his record label a penny. He’s turned the hate and negativity toward him into a positive. 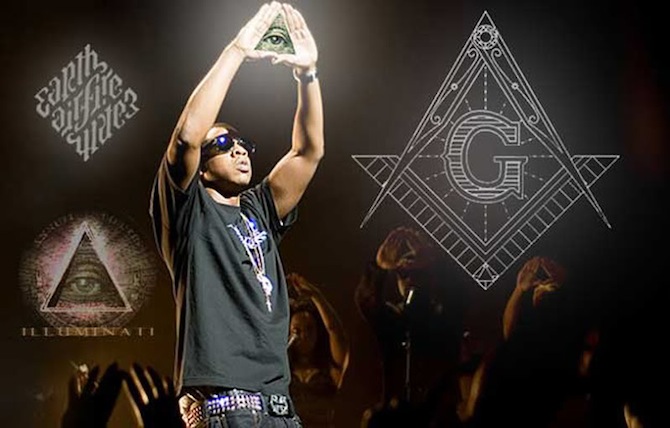 CONSPIRACY THEORIST: Why does Jay-Z’s clothing line, Rocawear, have pyramids/ the eye of Horus/ other Illuminati symbolism imprinted on its T-shirts/caps?

RATIONAL PERSON: See the previous question. That’s business. You don’t need a mad, satanic reason to explain why people want to make money. Why shouldn’t a musician capitalise on the scandals surrounding them? Surely Jay-Z is aware, for example, that flashing the image of a Baphomet-ish skull in the On To The Next One video would titillate theorists, and it did. Similarly look at Kanye West: he must have known that commissioning a giant Horus necklace would get people talking. Jay is not only profiting from conspiracy theorists, he is also having fun with them. Trolling at its finest.

CONSPIRACY THEORIST: You mention On To The Next One. There is so much satanic imagery in there that there has to be more to it.

RATIONAL PERSON:  Here’s an excerpt from an interview the video’s director Ron Brown did with Vibe magazine:

I’m aware of the stir the video has caused and what people are saying. I think when you’re dealing in abstract imagery people are going to want to draw lines between things and make sense of it. However, I’ve always felt that the viewing public was, in general, extremely visually literate. They don’t always want or need things to be spelt out for them. One of the great things about music videos are they can be enjoyed purely visually-it doesn’t need to mean anything or make any sense. Conspiracy theory is another thing entirely, and seems to me to be about projecting pre-existing beliefs and desperately looking for things that confirm them. There is imagery in this video that is drawn from all over the place. None of it is owned by any one culture or belief system. You can connect anything if you try hard enough, and make it mean anything you want it to.

Here is anothert excerpt, this time from an interview with the song’s producer, Swizz Beats:

I don’t think about that. I know that’s a billion percent not true. The video displays another level of art and creativity from two great minds: the director and Jay-and myself, bringing the collaboration together. It’s no satanic ways around me and that’s for sure. I’m with Jay-I never see none of that stuff around him unless he’s hiding something, which I doubt. C’mon, man. That’s silly stuff. That stuff you don’t even comment on; we on to the next one.

CONSPIRACY THEORIST: Jay-Z’s record label is called Roc-a-fella Records. Surely this is indicative of his relationship with those pesky Rockefellers.

RATIONAL PERSON: Roc-a-fella records was formed in 1996, before anyone knew who Jay-Z was. It is the brainchild of Jay-Z and his partners Damon Dash and Kareem Burke. The three of them are from New York and grew up near the Rockefeller Plaza. The name Roc-a-fella is a play on the name (as in ‘rock’-a-fella) and representative of where he grew up. Also note that Jay-Z’s first album, released under the Roc-a-fella label, had little commercial success despite it becoming a hip-hop classic years later.

CONSPIRACY THEORIST: Jay-Z is told what to say in his songs by his Illuminati overlords.

RATIONAL PERSON: Jay-Z has always written his own material, and has also written for a host of other rap stars including Dr. Dre and P. Diddy. His songs are not always successes; he has had a number of releases flop through his career. 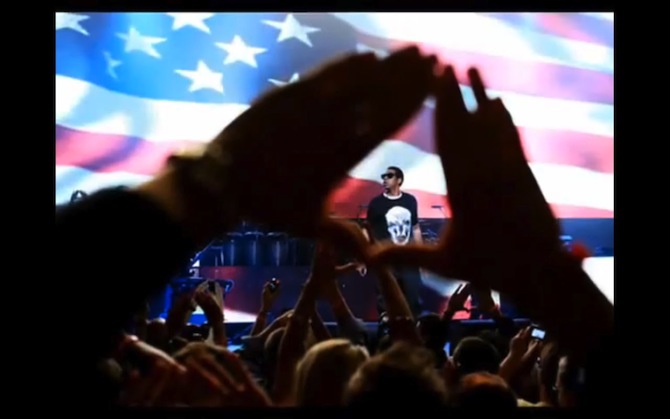 CONSPIRACY THEORIST: Why does Jay-Z always throw up a diamond shape with his hands? Surely this is representative of his Illuminati connections?

RATIONAL PERSON: It’s a symbol, a gesture to connect with his fans. Go to a Jay-Z concert and witness the sea of people throwing up this sign. They’re saluting their idol, a musical icon, the author of their favourite songs. It’s conspiracy theorists that have brought Satanism into the equation, ironically. Similarly there was a successful professional wrestler by the name of Diamond Dallas Page who has also been throwing up the ‘diamond cutter’ sign for years. It’s exactly the same as Jay-Z’s Roc symbol. The two ended up in a legal dispute because of it. Why does nobody accuse Diamond Dallas Page of being in the Illuminati? It appears we can’t handle or understand the extent of some people’s success, which is why these stupid rumours form around them.

CONSPIRACY THEORIST: Jay-Z wrote a song called ‘Lucifer’, in which he is saluting the devil.

RATIONAL PERSON: Lyrics in Lucifer, which is a great track by the way, include: “Lucifer son of the morning I’m gonna chase you out of here” and “I gotta get my soul right, I gotta get the devils out my life. These cowards gonna make a nigga ride. They won’t be happy till somebody dies. I gotta get my soul right — before I’m locked up for my whole life.” To anyone paying any real attention, that’s pretty much the opposite of devil worship. It’s a song about staying out of the “hood”/street life and making your life more positive.

CONSPIRACY THEORIST: Has anyone ever confronted Jay-Z about his alleged Illuminati connections? Has he ever spoken about them?

RATIONAL PERSON: Yes, he has. What he suggests (and he’s probably right about this), is people cannot fathom how a black former drug dealer from the ghetto has become so successful and prominent without having some kind of ‘evil’ helping hand. It’s racism at its most subtle, and close-mindedness at its peak. Jay-Z worked hard, found several markets, and dominated them all. 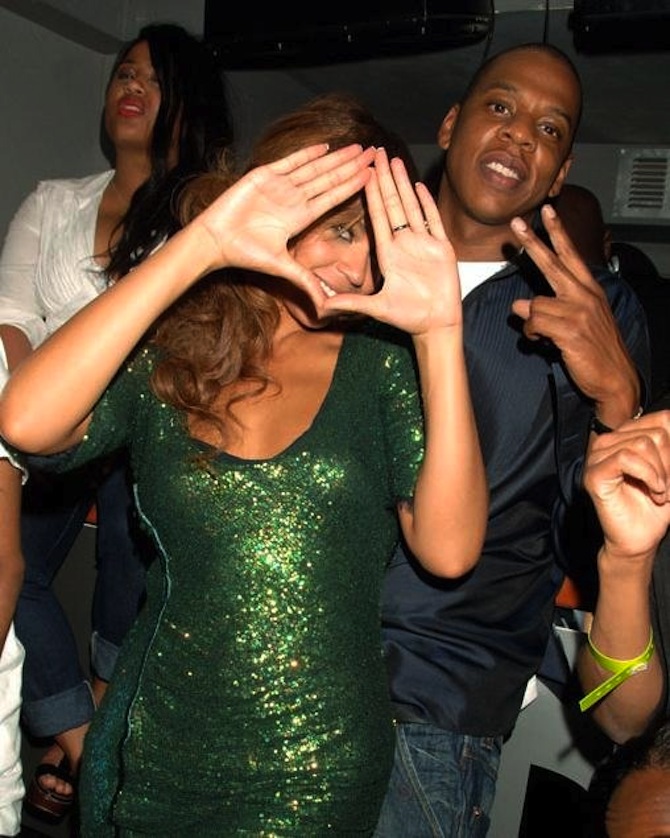 CONSPIRACY THEORIST: Jay-Z and Beyonce named their daughter Blue Ivy. This is an acronym for Born Living Under Evil, Illuminati’s Very Youngest.

So there we go. You can carry on listening to Jay-Z without worrying that you’re being brainwashed or supporting some kind of evil new world order. Remember, people will always see what they want to see, and as long as they do Jay-Z and friends will keep pumping out the visuals.

Conspiracy Theories – Why Do People Believe Them?