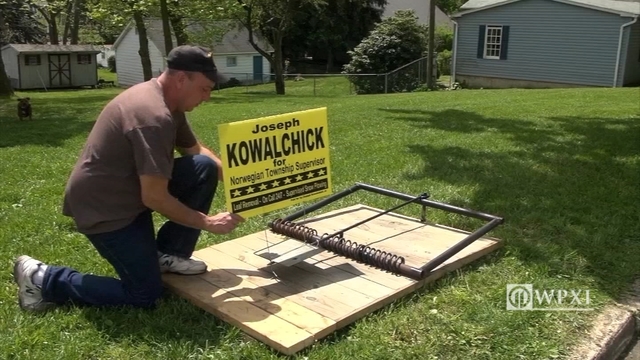 Rat traps are a great invention when it comes to trapping those pesky rats, but I don’t think I’ve ever thought of making them human sized in order to catch any fellow humans that were pissing me off.

For Joseph Kowalchick, this is very much a reality now. Joseph is running for township supervisor (whatever that means) in Norwegian Township, Pennsylvania and he was fed up with the fact that a lot of his campaign signs kept getting stolen from people’s yards. His solution: fit them all with human rat traps: 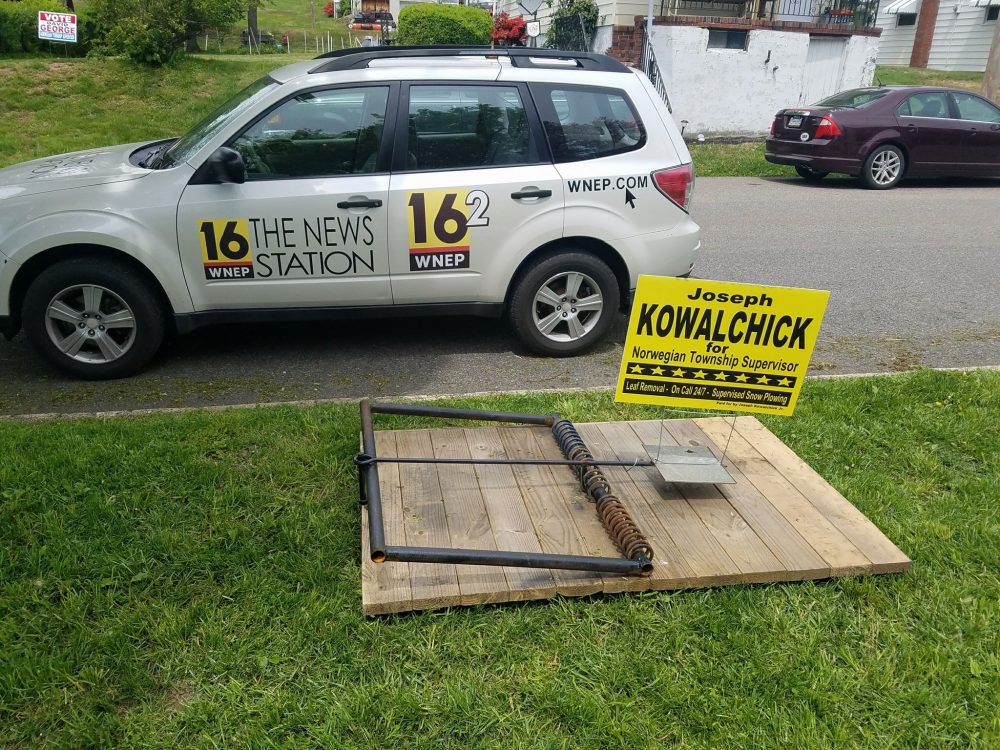 Yeah, it’s meant to be a little funny.

It’s meant to prove a point that we’re actually fed up with it.

I guess it’s kinda funny and is kinda proving a point, but it could also lead to someone’s death if they actually tried to steal the sign and got caught in it. That’s not so funny, unless Kowalchick is secretly Jigsaw and the Saw reboot is happening in real life.

The traps should prevent people from stealing the signs though I suppose. Not only are they potentially life threatening, they’re also about 250 pounds which is pretty damn heavy. Can’t see anyone getting away with it anymore really.

For more of the same, check out someone putting a hot dog in a mouse trap. Ouch.