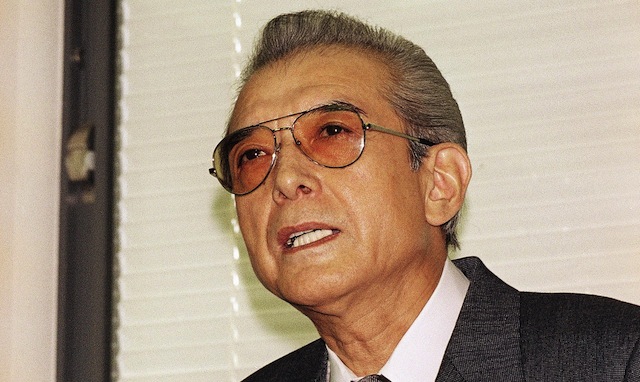 Sick Chirpse pours one into the ground for the legendary former Nintendo president, without whom video gaming as we now know it would probably not exist.

The word “legend” is tossed around an awful lot these days, usually for the wrong reasons, like overpaid footballers or some pisshead from the office who’s good at embarrassing himself at weekends. But there are occasions when the word and all its hyperbolic trappings are entirely justified.

Case in point: the late Hiroshi Yamauchi, a man who changed the course of video gaming history.

Yamauchi-san was president of Nintendo from 1949 until 2002, one of the longest and most fruitful corporate premierships in history. He took a small playing card company and transformed it into one of the biggest, best and most-loved video game developers in the world, ushering in a slew of iconic characters and hardware which millions fell in love with. But more than this, his vision helped forge and popularise video gaming as we know it today.

Some scene-setting is necessary; when Nintendo started to make a name for itself around the early 1980s, video gaming was a lame horse waiting to be shot in the head. Atari had driven the industry into the ground by over-saturating the market with shoddy titles and the public had lost interest, dismissing console gaming as a fad. Nintendo changed all of that by rewriting the business rulebook with a then-revolutionary device launched in Japan as the Famicom. A runaway success, it inspired Yamauchi to take the device to the West, where it would be rechristened as the Nintendo Entertainment System. The rest is history.

You may not realise it, but if you love video games then you are indebted to Hiroshi Yamauchi. He had the vision, the instinct, and most importantly, the balls to realise the importance of console gaming when everyone else had written it off. On his watch, the number of accomplishments that Nintendo achieved was extraordinary, from lighting up arcades with Donkey Kong through to the rise of the home console with the NES, leading the way with the next-gen titans like SNES and Nintendo 64 and pioneering handheld gaming, long before smartphones, with Game & Watch and the Game Boy.

Yamauchi died in hospital yesterday from pneumonia, aged 85. It was a sad end for such an inimitable badass, but the legacy he leaves behind is unimpeachable. He was the grand patriarch who oversaw the golden age of video games and hopefully he is now in samurai Valhalla, drinking sake and swapping war stories. It’s been heart-warming to see his name trending worldwide on Twitter and to read the many tributes from people around the world. Here’s to you, Yamauchi-san. Thanks for all the incredible memories you helped create. You were awesome.