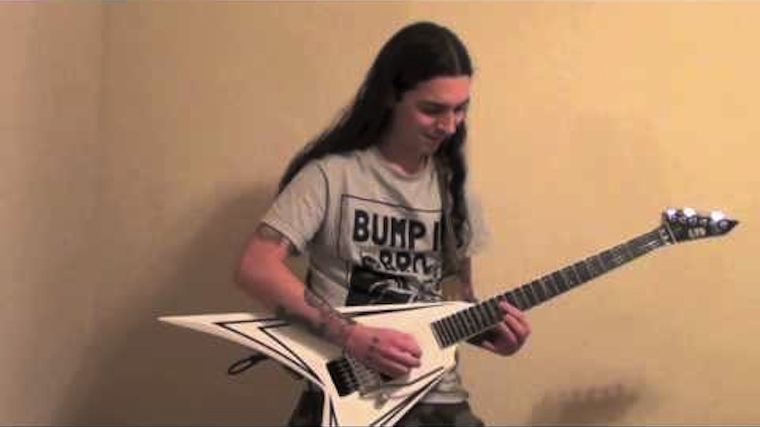 You might not even like heavy metal but you will still think that this version of the Super Mario Bros theme tune is awesome because the guitar tone is awesome and the guy playing it looks like a real idiot.

When I was a kid growing up there was always a great debate between Nintendo and Sega and which one was better. I’m not really sure why but I was always a Nintendo guy and I would always defend their games and say they were better than their rivals no matter what, and I would always make sure I got the new Nintendo games consoles as soon as I could. I had them all: NES, SNES, N64, Gamecube, you got it, although I gave up when the Wii came out because it just looked bent and not really like the kind of games console I wanted to be playing on.

One thing that would always happen whenever Nintendo brought out a new console would be that there would always be a new Mario game out with it either alongside the launch or fairy soon afterwards and the Mario games were normally the best games you would ever play. I remember Mario 64 – what a game and I think it was the first time platformers had been transposed into 3D. It was incredible and getting 120 stars was super solid but you know I did it anyway.

Of course, the Super Mario Bros theme music was synonymous with the game and could feasibly be considered a bit factor as to why the games remained so popular. I mean does anyone remember Sonic the Hedgehog’s theme music? No, they don’t and that kinda says it all. The Mario Bros music is so iconic that weird guys with long hair are still playing heavy metal versions of it and posting the videos on the internet, it was that good.

This video is really awesome, even if you don’t like heavy metal. The guitar tone is that really nice one that makes the notes really crisp and bright and the guy playing is an absolute G so he bangs out the music for 4 minutes without even breaking a sweat, although he does have a really weird look of concentration on his face. I guess you need to concentrate if you want to bust out the Mario Bros theme music and make that shit look good though huh?