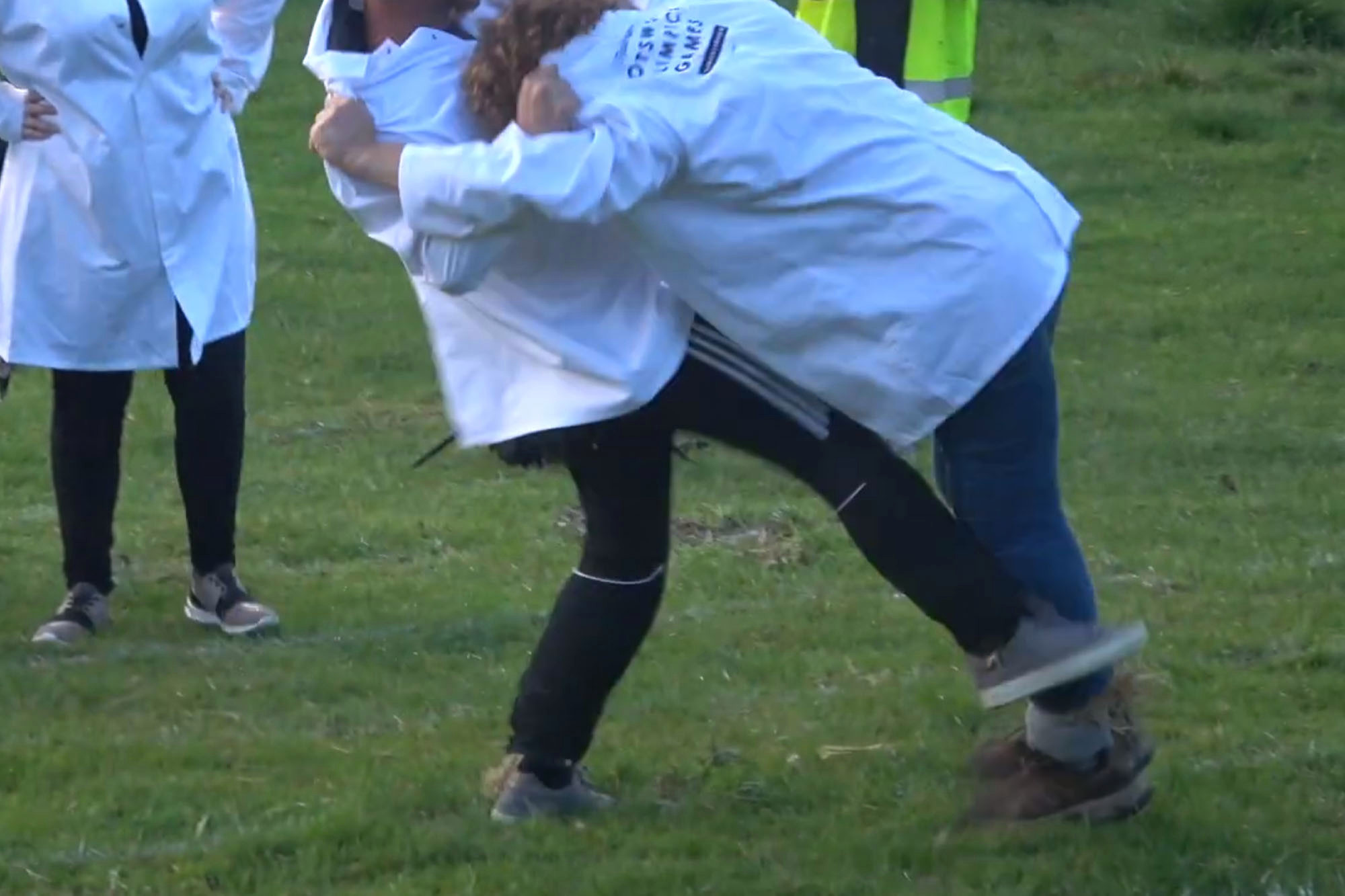 There are some really weird sports out there that don’t make any sense and one of those is definitely the sport of shin kicking.

It’s pretty self explanatory what goes on in this one, as two people kick each other’s shins until they end up falling over, but in case you wanted a detailed summary of the rules here they are:

1. Competitors will be assigned bouts at random, with winners of all rounds gaining entry to a final bout. Usually, there will be a maximum of 12 contestants.
2. Equipment – Competitors must wear long trousers or tracksuits and may cushion their shins by using straw (provided). They will be provided with white coats, representing the traditional shepherd’s smock. (Participants may purchase their smock afterwards for £25) Footwear may be trainers, shoes, or soft-toed (i.e. un-reinforced) boots. Any form of metal-reinforced toe on footwear is expressly forbidden. This will now be checked both before and after your bouts! Failure to comply will result in instant exclusion, and barring from future events!
3. Stance. A competitor begins by holding his or her opponent by the shoulders (or lapels) with arms straight.
4. The contest will be started, finished (if necessary) and judged, by an arbiter, known as a Stickler. The Stickler decides the fairness of a contest.
5. A contest is decided on the best of three throws – i.e. two successful throws results in a win.​​ Note that this may be reduced to one throw in the event of poor weather, or the maximum number of competitors reached.​

OK good I guess we’re all caught up, now for the main event. Here’s last year’s champion defending his title against some plucky up and coming challenger. Make sure you watch it with the sound on because they guy commentating really is having a whale of a time:

Lol. The kid got absolutely schooled there by the master didn’t he? Guess that’s what years of competing at an elite level will get you.

If you’re wondering just when, where and why this dumbass sport goes down, then it happens at the annual Cotswold Olimpick games that take place every year which include other events like Tug O’War, King of the Hill and Stone Throwing. Sounds like a major blast – see you next year?

For more of the same, check out this weird Estonian sport called Kiking. Seriously strange.