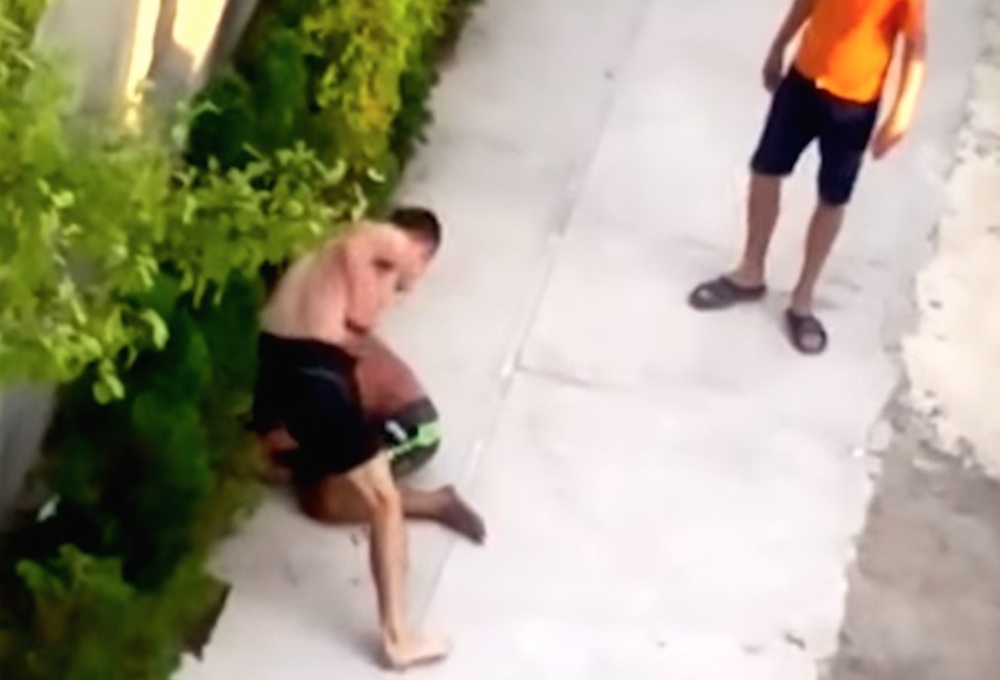 It absolutely sucks when you’re getting the crap beaten out of you in the middle of the street in broad daylight, especially when the guy is laying into you with hard kidney shots and hard rib shots like the bro in this video. So you’re probably going to be pretty thankful when a guy comes out of nowhere to your rescue.

Clearly, this dude is stacked and the original aggressor wants no part of a beef with him so tries to talk him down. Unfortunately, he’s having none of it and whilst he initially appears to be in conversation with him (I can’t really tell, I think they’re speaking Russian), he’s just waiting for the right moment to strike and bitch slaps him beautifully when he’s least suspecting it. POW.

What a hero. Not too sure if the two dudes in the video were bros or part of the same gang or something because they were wearing the same type of shorts, but regardless of that it’s always great to see a bully get theirs.

For more great knockouts, check out the compilation below: