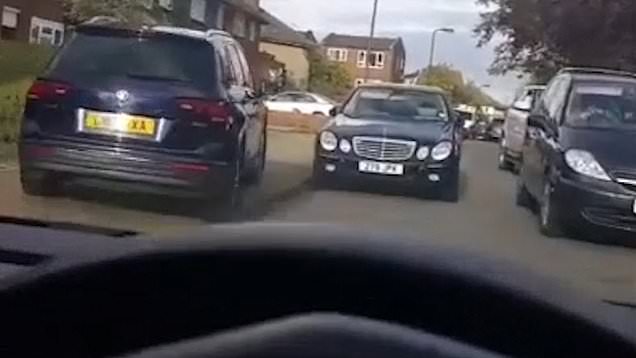 Wild clip out of London shared by Twitter user MysticMemz this week sees the moment a multitasking gangster tries to smash a gang rival off the road while filming on his mobile and chasing him over pavements.

From what we gather from the Top Boy wannabe’s running commentary, he is a member of the ‘Jump Out Gang’ who is annoyed that the Volkswagen driver has ‘put a price on his head’.

Considering one of the cars’ number plates is visible all over social media (and provided it’s being driven by the registered owner), police have someone to arrest or talk to at the very least. Even if they did though, would anything come of it under the current British justice system?

The Croydon zombie knife gangster was let off 21 times for carrying a knife before being jailed, so I wouldn’t bank on it.