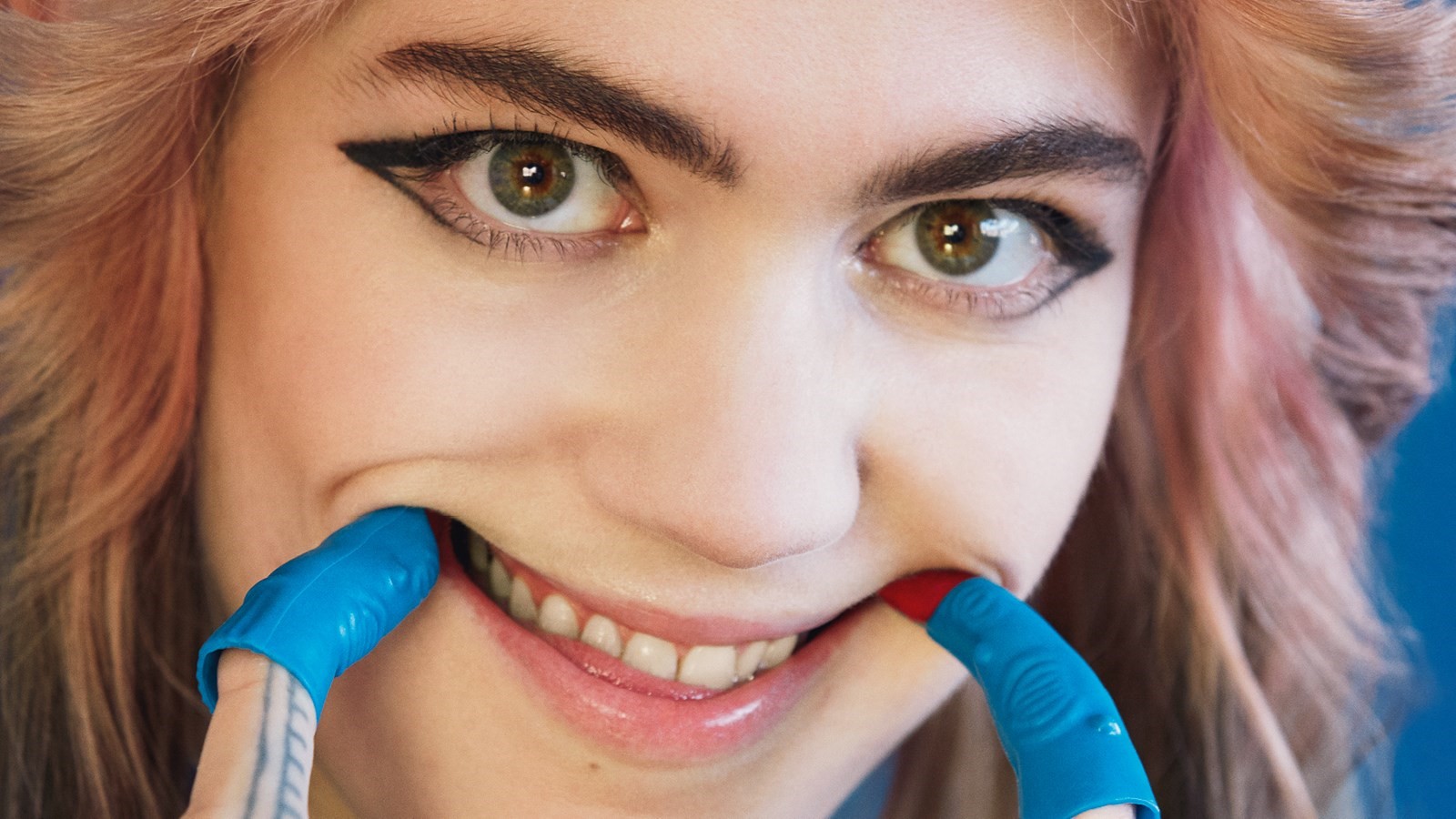 The absolute state of this.

When I first heard Grimes’ music I thought that it was really good and kind of cool and by default figured that she must have been a little bit cool, but the more and more I learn about the more I think that she’s a complete and utter knob.

As if dating Elon Musk wasn’t bad enough, it seems like every time you read an interview with Grimes she’s talking about something so self important and downright weird that you can’t help but hate her. She’s just a major major twat by the sound of things and this was overwhelmingly confirmed when she posted the following on her Instagram account concerning her ‘training regime’ which apparently takes up her entire day:

ADIDAS: Tell us about ur training regiment ? GRIMES: My training is a 360 approach. I first maintain a healthy cellular routine where I maximize the function of my mitochondria with supplements such as NAD+, Acetyl L-Carnitine, Magnesium, etc. This helps promote ATP and it’s incredibly visceral. From that point I spend 2-4 hours in my deprivation tank, this allows me to “astro-glide” to other dimensions – past, present, and future. In the afternoons I do a 1-2 hour sword fighting session with my trainer, James Lew, we go over the fundamentals that work the obliques, core stabilizes, and triceps as well as a few tricks. To wind down from this I spend 30-45 minutes on an inclined hike at roughly 4-4.5 miles per hour, arguably the most efficient workout. I then spend 45 minutes stretching before heading into the studio where my mind and body are functioning at peak level, with a neuroplastic goal between 57.5 and 71.5 AphC’s (which is my preferred range for my blood type). I’ve outfitted my studio with the highest grade of red light. It is pretty much 1000 sqf IR Sauna. Hana then comes over and we do a screaming session for 20-25 minutes while I slow boil the honey tea that maximizes vocal proficiency. I have also eliminated all blue light from my vision through an experimental surgery that removes the top film of my eyeball and replaces it with an orange ultra-flex polymer that my friend and I made in the lab this past winter as a means to cure seasonal depression. I go to bed with a humidifier on. #asmc #adidasparley #createdwithadidas #gentrifymordor

Yeah I mean there’s having practicing a couple of  new age techniques or having a vegan lifestyle or whatever and then if you multiply that by a factor of ten million you get this absolute nonsense. Would love to know what she’s even training for that requires two hours of sword fighting a day and ‘astro gliding’ into other dimensions but I suppose it does kind of sound like she’s discovered the meaning of life from all of this, and all it required was some experimental surgery on her eyeballs and doing a whole load of other weird shit.

Of course, this is probably just a major troll from her – the eyeball thing is kind of a giveaway – but the fact that it’s going to confuse a lot of people and a lot of them are going to think it’s real kinda doesn’t really make Grimes come across in a good light. I mean sure it might be a parody, but the fact is she’s parodying herself and this is the kind of stuff that you can actually believe she would do, so I don’t think that makes her any less of a twat and probably just more of one? That’s what everyone on Twitter seems to be thinking anyway.

Very self aggrandizing and it’s probably only going to get worse before her inevitable nervous breakdown (if that hasn’t happened already). Best of luck to you Grimes, reckon you’re gonna need it. You and Elon Musk deserve each other.

For more of the same, check out Grimes talking about how she was going to have a public execution of her Grimes persona. Oh God.