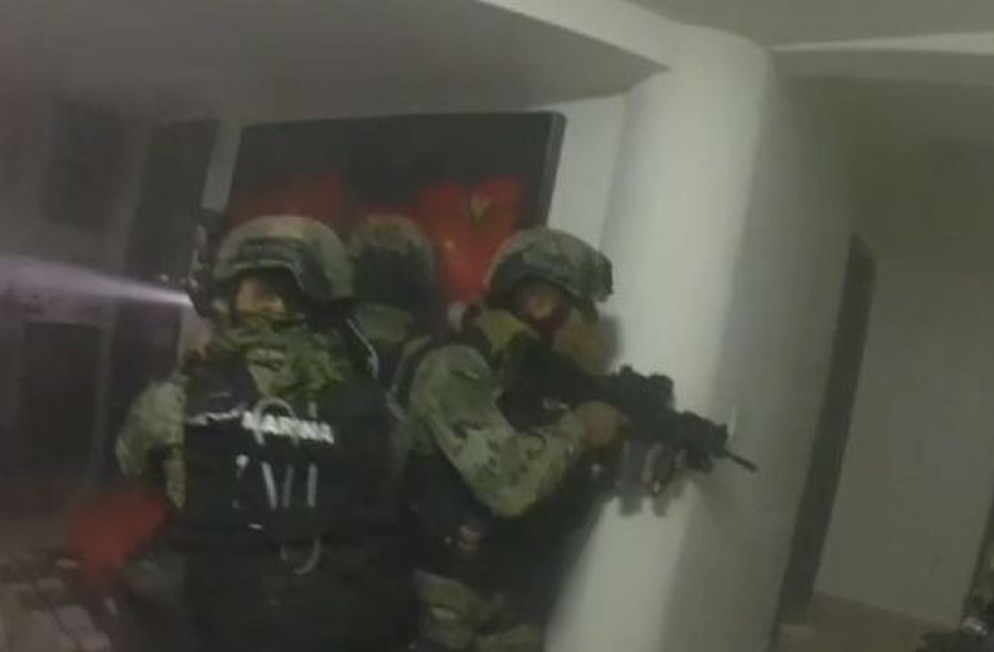 As we all know, El Chapo was recaptured over the weekend and it was largely thanks to the fact he had dreams of making a Hollywood biopic about his life and agreed to be interviewed by Sean Penn of all people, enabling the authorities to track him down.

Mexican TV show Primero Noticias has now released GoPro footage of the actual raid though. The GoPro was attached to one of the helmets of a marine involved in the raid and was made available to TV network Televisa.

The raid leaves five Chapo associates dead and one marine injured, as they storm the compound. Chapo himself was not captured during the raid however – he escaped with a high ranking deputy through a secret passage behind a mirror. They both then stole a car and tried to get out of the area before being picked up by the local police.

Geez that didn’t leave much to the imagination did it? It was like the worst FPS game ever, in the sense that there was barely any light and it was all shaky and you couldn’t really see anything – I guess that’s why there are so many gamers and so few marines.

It’s just another example of the great footage that a GoPro camera can get these days – remember the video they made of Felix Baumgartner’s epic space jump?