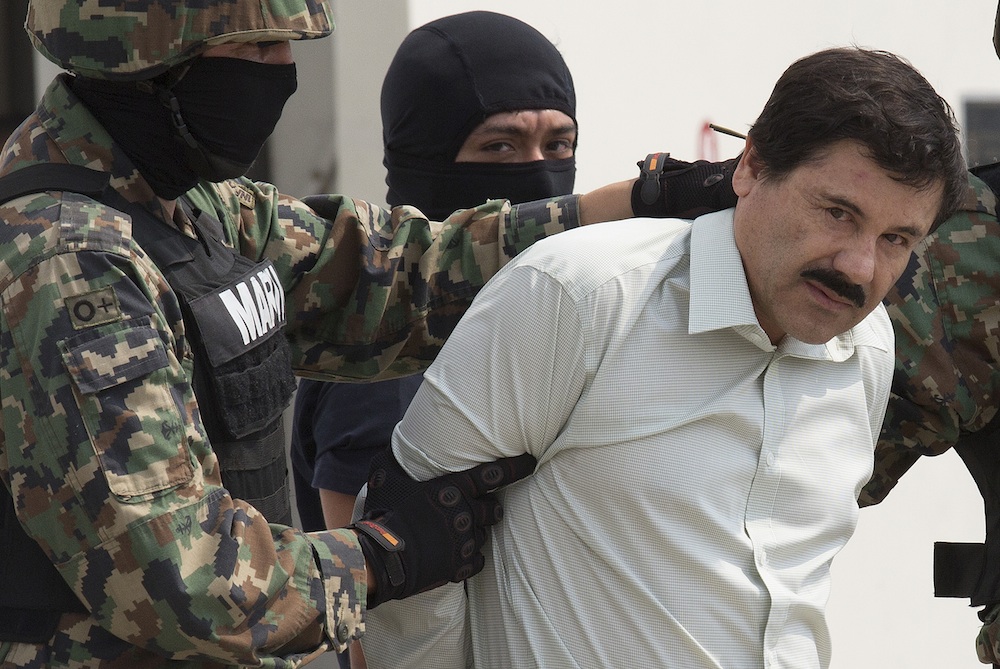 Well, this is unexpected.

Sean Penn recently met with El Chapo for a bizarre interview, which may have led to the crime kingpin’s recent recapture.

Sean Penn is apparently a journalist now – which is news to me – but the Hollywood star managed to arrange an interview with the Mexican drug lord. Because who wouldn’t expect him to be able to get in touch with the world’s most famous fugitive and arrange to meet up for a chat?

The pair met back in October, and  the interview was published in the latest issue of Rolling Stone.

El Chapo speaks: Sean Penn recounts his secret visit with the most wanted man in the world https://t.co/F4x6x8ANBd pic.twitter.com/8wDb2I6Xkt

It turns out though that Sean Penn isn’t just a journalist – he is also a top detective as it transpires his interview may have helped lead to the recapture of El Chapo on Friday. Officials have said that Penn’s meeting led them towards the Mexican, who is now back in the same prison that he initially escaped from.

It’s not known exactly how long he’ll be back in jail, but if the past is anything to go by, it won’t be to long. Unless he gets too fat to escape, obviously.