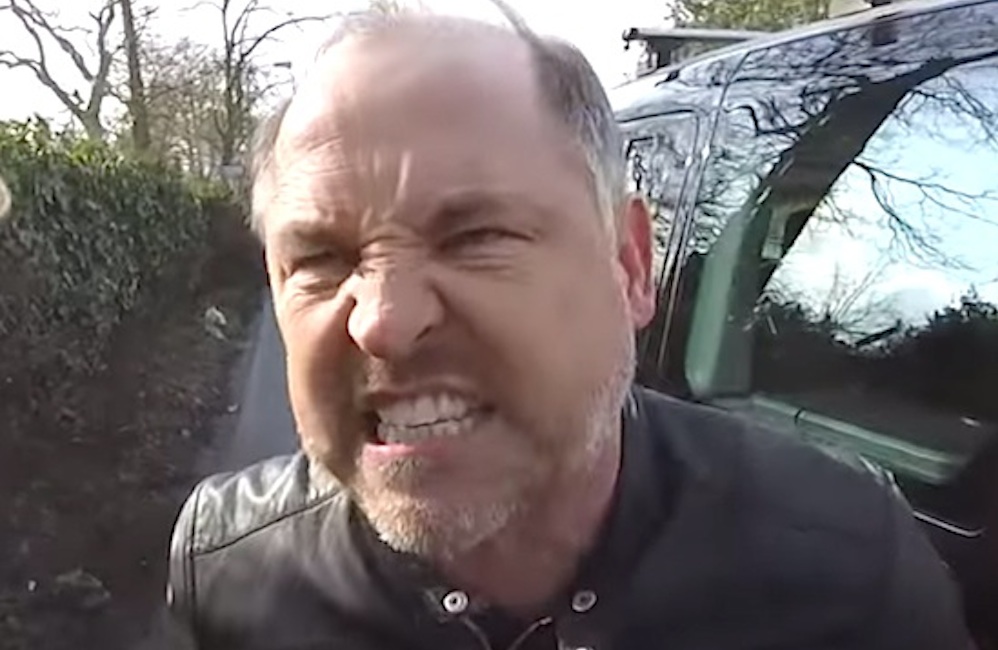 Who’s in the right here?

Cyclists always seem to have a hard time of it but oftentimes it can be argued that they bring their misfortune on themselves – as this video we posted on Facebook the other day seemed to prove – and there’s usually a fairly extensive debate over who was wrong or right in any situation when a motorist goes up against a cyclist.

In this video, a cyclist is riding along a road that it looks like many cyclists use, when a Land Rover driver tries to overtake him and comes slightly too close to him. The cyclist reacts by hitting the car and saying something like ‘come on mate that’s a bit too close’ to which the driver completely overreacts and pulls his car over, before getting out and going on a foulmouthed tirade against the cyclist, looking like his head might explode at any point.

The cyclist does act like a bit of a pussy now and is kind of weird in his reaction to be honest, but you probably would be intimated with this leather jacket wearing bozo stopping his car and shouting at you and looking like he was going to punch you. The confrontation between them doesn’t really solve anything though, and will probably just be another chapter of the epic debate between cyclists and other road users.

Who did you think was right in this instance? Let us know.