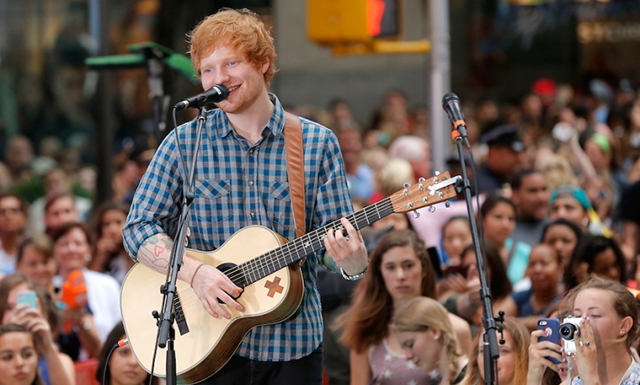 Wiley is calling this the ‘saddest list in music history’.

Wiley has accused the BBC of producing ‘the saddest list in music history’ after their urban radio station 1Xtra revealed a ‘power list’ in which three of the top four acts were white.

The 1XtraPowerList promised to promote “the most important UK artists in the black and urban music scene”, and then listed Ed Sheeran (the son of an art lecturer who grew up in Framlingham, Suffolk) as its #1 pick.

Second place were white brothers Disclosure, fourth was white dude Sam Smith (the son of a City banker), and third was the highest-placed black artist on the list — Tinie Tempah.

Wiley was not pleased, because he felt that “the UK’s leading black music station” should be promoting actual black artists first and foremost.

We influence a man and all of a sudden it turns he has influenced us ….Lol

We have been bumped basically .Not taking anything away from ed ..he is sick . but black artist in england we are getting bumped.

I’ve never been influenced by a white artist to make black music . #Never.

Im not bitter fam I just sold a Likkle million records myself but this reminds me of when plan b won best grime/HipHop artist at mobo .

What do we think – does Wiley have a point? Or is this just another one of his unnecessary Twitter freak outs? Ed Sheeran is one of the whitest guys who ever existed after all, would the BBC have known people were going to be a little bit baffled by this?