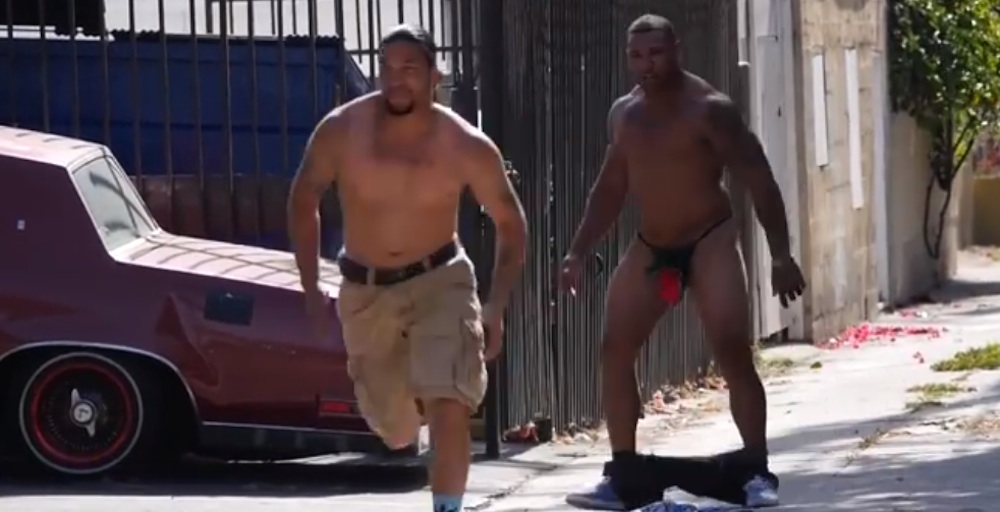 This is how to win a fight every time.

It seems like every other week now there’s a new video of some people going around picking fights with people and it going horribly wrong (or right, depending on how you look at it), but this new video from Twinz TV takes the so called ‘hood prank’ and turns it on its head by showing you how to win a fight every single time.

And it couldn’t be simpler – all you’ve got to do is strip down to a G-string every time your opponent gets so amped up they’re coming straight at you. There’s literally no way they’re going to be ready for that and nobody knows what to do at all about it judging by this video, with almost every single one of these tough guys being completely bamboozled by this surprise and most of them running off and wanting nothing to do with them.

It’s hilarious to see these so called tough guys turn into little babies just because these guys are wearing G-strings. It’s basically a great idea, although personally I don’t know if I’ll ever be trying it out myself.