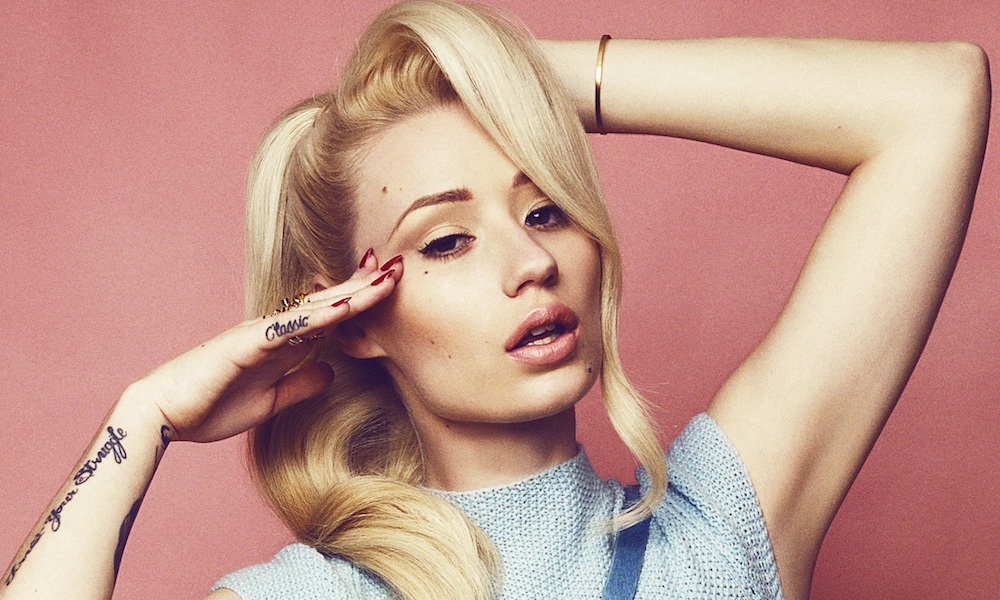 Is she actually just trolling everyone with this or something now?

We’ve featured a couple of raps of Iggy Azalea where she makes absolutely no sense, speaking in some kind of language that sounds like a cross between something aliens and babies might communicate in.

If you missed them, then the internet has gone suitably crazy over them being completely weird but Iggy doesn’t seem to be bothered about that at all as she’s continuing to bust out ridiculous raps that don’t make any sense like it’s going out in style. Over the Easter weekend, she decided to get involved in a freestyle rap battle that looks like it’s taking place in some kind of weird downtown bar that maybe has a fairground in the back of it. It also sounds like nobody there even cares that she’s taking part in a freestyle rap battle, but who can blame them when it’s just some woman chatting gobbledygook in the background?

The thing about this is that it does sound kinda similar to the stuff that we’ve featured her rapping before (that whole wi na wi na na wi na wi is pretty out there it has to be the same thing right?) , so it makes me wonder if this is actually what she’s meant to be rapping, even though it doesn’t make any sense at all and maybe she’s just trolling everyone completely by being super successful but just churning out nonsensical rubbish whenever she’s actually forced to rap. Hey, it’s getting us to write about her, although she would probably get way more respect if we were writing an article about how sick she was at rapping instead.

Instead though, we get this crap.