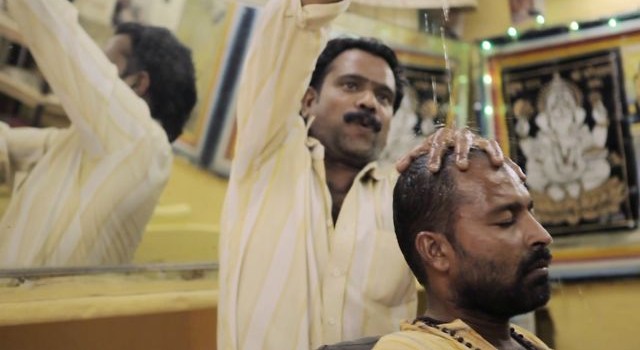 How do you start your day? If it’s not with a wet shave and a cosmic head massage then you’re probably missing out.

In 2009 I travelled across India to see the solar eclipse in Varanasi, the banks of the river Ganges apparently being the best spot in the world for totality (really fucking dark) for the next hundred years. It was amazing by the way, but that isn’t what we’re talking about today, we’re talking about what I DIDN’T see on my travels.

I travelled across Rajasthan, at one point ending up in the town of Pushkar, where someone offered me the ‘chance of a lifetime’ to get a cosmic massage. Now, if you’ve not been to India, you may not be up to speed with what it’s like in regards to ‘chances of a lifetime’, you see India has the second highest population of the world, with over a billion people living there, the country holds 17% of the worlds population… These are just numbers to you at the moment, but consider the fact that India is half the size of Australia but holds 50 times more people, it’s like if the whole of the UK moved to London (which seems to be happening anyways).

What this means, is that there are a LOT of people who need to eat, and clearly not as many jobs, so lots of people make money by taking you (the traveller) to a local business and collecting the commission. This means that after your first day you get very used to every person trying to take you to their mother’s clothes shop, uncles restaurant, brother’s tuk-tuk or second cousin twice removed’s waffle stall (I jest, there are no waffle stalls in India). So when a man offered me the ‘chance of a lifetime’ to get a cosmic massage I just waved the guy off, politely and with a smile, but dismissing the idea all the same, it was only the day before that my driver was trying to convince me to get a ‘special massage’ because he would get one too if I agreed,  so I was in the mindset of “NO SPECIAL MASSAGE / PROSTITUTE!”.

However, it seems I was a fool, a cosmic massage is not a cutesy euphemism for a happy ending, it’s actually a gentleman named Baba who drive around in a bus doing wet shaves and then his famous cosmic massage, after watching the video I realised I missed out on the strangest five minutes of my life, and the guy charged less than a quid, I’ll have to add Baba and his famous cosmic massage to my ever increasing list of ‘weird shit to do before I die”, and the lesson you should take from this is that when life gives you lemons, trade them for a cosmic massage.