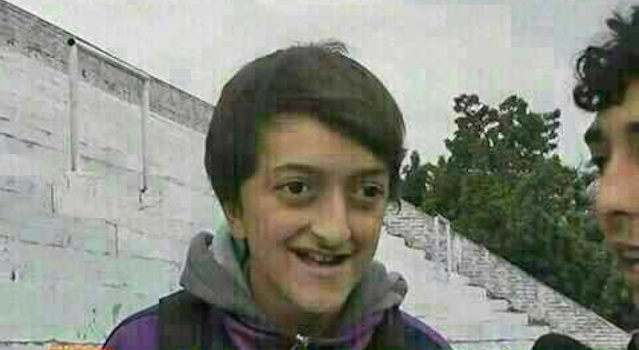 I never thought anyone in the world could look like Mesut Ozil – he’s just so weird looking – but this kid from Argentina is the spitting image of him.

I’ve written on this site before how I think Mesut Ozil – despite being completely sick at football – is one of the weirdest looking footballers in history so I find it completely perplexing that someone from Argentina – which is pretty much halfway around the world from where Ozil was born and raised – can look pretty much exactly like him.

The guy in question is an Argentinian kid called Gonzalo Galvan and he too is a footballer, only he’s still in the youth team trying to make it whereas Ozil is a bonafide world star. He plays for a team called Villa SantillÃ¡n in TucumÃ¡n, Argentina and wears the number 10 shirt, unlike his lookalike Ozil who wears 11 at Arsenal now.

He was turned into a minor celebrity last week in Argentina when he was interviewed on a TV show, merely for the fact that he looks exactly like Mesut Ozil. Hopefully he can get really good at football and they can play against each other in an Argentina V Germany match sometime soon. You can watch the interview below but it’s in Spanish so you probably won’t understand it, it’s worth watching though to look at Gonzalo Galvan’s face for a couple of minutes.