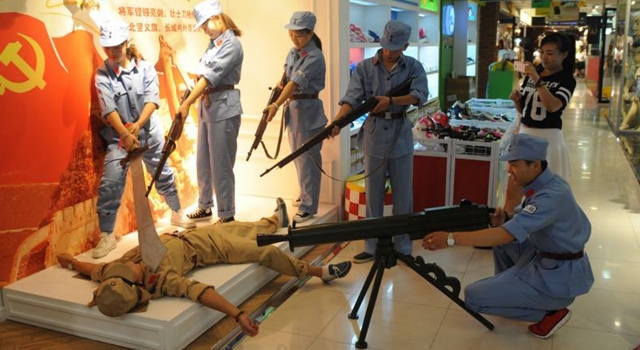 What kind of advertising really makes you want to splash your cash on the latest products? Maybe you like being told that a particular shirt will make you attractive to females even though you smell and look awful? Perhaps a dashing man in an expensive car with a bit of chest hair showing (but not too much) will get you reaching for your cash card?

These themes are the norms in the West, we just want to be told we will be sexually attractive and wealthy if we buy a new brand of soap. Things, it seems, are slightly different for our cousins in the East.

One shopping mall in the Chinese city of Taiyuan has taken a somewhat startling approach to making a quick buck. They’ve decided to re-enact the execution of Japanese WWII soldiers to promote a clothing sale. Hmmm? Bit of an odd ploy.

The mall manager says that the anti-Japanese sales tactics began on the 77th anniversary of the Japanese invasion of China on July the 7th. He seemed positive that the execution made the locals “reminisce”. Ahhh… nothing like a good old-fashioned beheading to get the sales juices flowing. 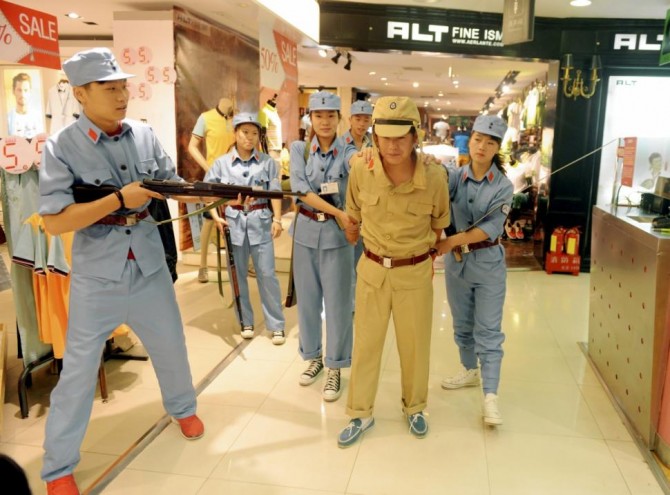 Although these mock-up death acts all seem like fun and games, there’s probably a bit more to it than just having a gay old-time. Chinese-Japanese relations have never been particularly rosy, they’ve been at each others necks for centuries. They’re still arguing over disputed territories in the East China Sea and constantly criticising each other’s foreign policies in South Korea, North Korea and Africa. 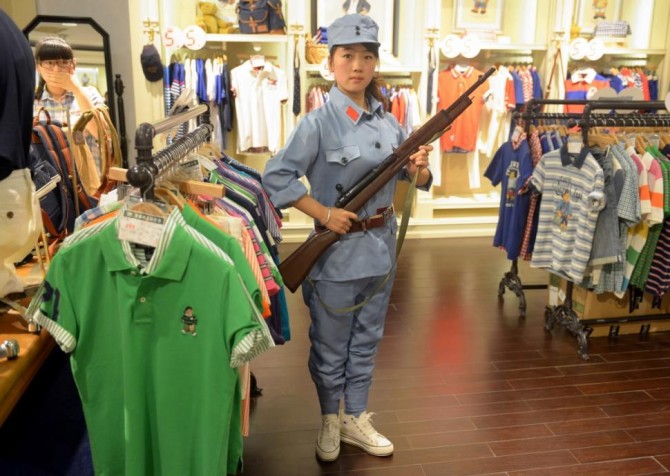 Nowadays open hostility is much rarer, but not so in the business world. Recently Japanese investment in China has plummeted as factory wages surge and cheap labour in Vietnam rises. This sort of change has negatively affected the clothing industry in China. So perhaps this mall owner has a financial grudge that he’s enjoying venting through the medium of low brow, slightly sick in the head, shop theatre?

Well, I don’t know about you but I’m off to buy some hot new slacks.