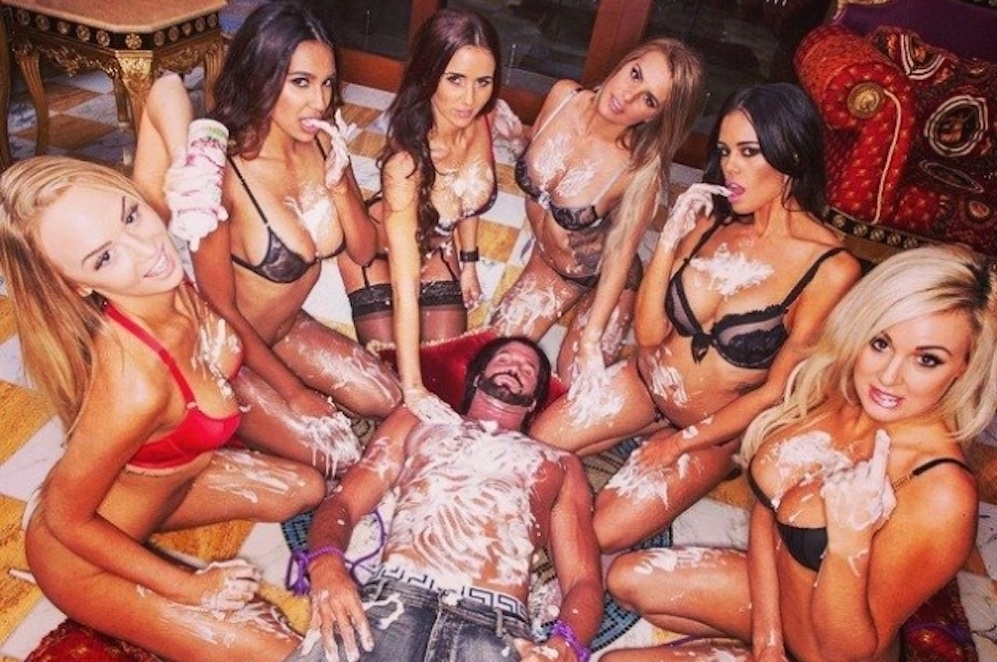 His name is Travers Beynon and he’s a former Australian League Football player turned model turned tobacco mogul. Of course he is.

His name is Travers Beynon but he goes by the moniker The Candyman and describes himself as ‘a cross between The Great Gatsby, Hugh Hefner, The Wolf of Wall Street and Tony Stark, with a taste for Versace, who can easily turn into a Willy Wonka character’. So basically a combination of the biggest tools in history and fiction rolled into one.

Beynon is a former Australian Football League star who became a model in America after his career was ended by a back injury and then returned to Australia to work for his family’s tobacco company FreeChoice. Obviously it’s hard to advertise tobacco products these days so Beynon had an absolutely excellent idea to promote his company: throw absolutely sick Dan Bilzerian style parties and record them on social media with carefully placed advertising spots. Genius right?

In order to do this, he created his very own Playboy Mansion known as the Candyshop Mansion which he populates with a bunch of chicks he calls the Candy Goddesses. They get paid for their time at his lavish hedonistic parties with Versace handbags, of course. Almost every single one of his social spots features a bunch of girls acting sexy and the ones that don’t feature him with one of his classic cars which include a Rolls Royce, Bentley, Lamborghini and Ferrari. Hey, if you’ve got it I suppose you might as well flaunt it.

You can browse through some of his cringeworthy pictures in the slideshow. I know Dan Bilzerian is very similar and is a massive jerk (albeit having a pretty sick life) but surely this guy must be worse because he’s doing it with the intention of selling tobacco products, rather than Dan who’s just doing it to show how much of a badass he is and brag about his life? Actually to be honest I’m not sure which one of this is worse but neither of them are that good. Still, I’m sure we’ll all keep following them both.