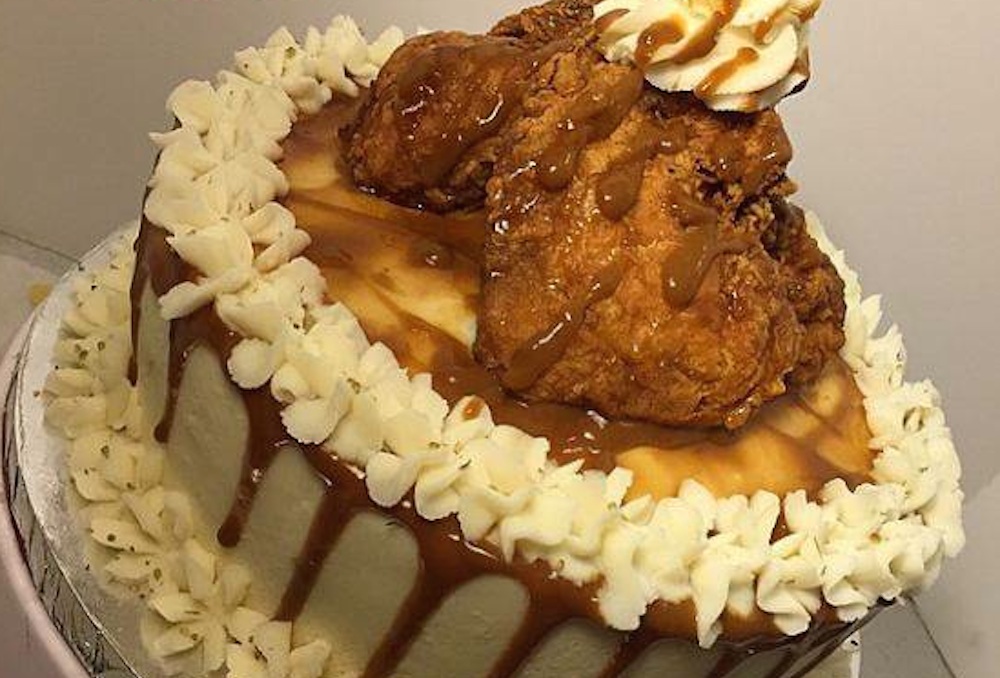 Could this actually taste good!?

Another week, another crazy food fusion item that we would never even have thought of creating. Last week we had wine infused pop tarts, and this week we’ve got something from the other spectrum entirely.

It’s a cake that somehow manages to fit fried chicken, mashed potato, gravy, macaroni cheese, cornbread and candied yams into it. And still be a cake of course.

It’s the brainchild of Los Angeles resident Bree Miller who heads up the aptly named Bree’s Cakes. She claims that she was challenged to make it by a friends of hers after he saw a photograph of something similar. Where the hell did he see that!? 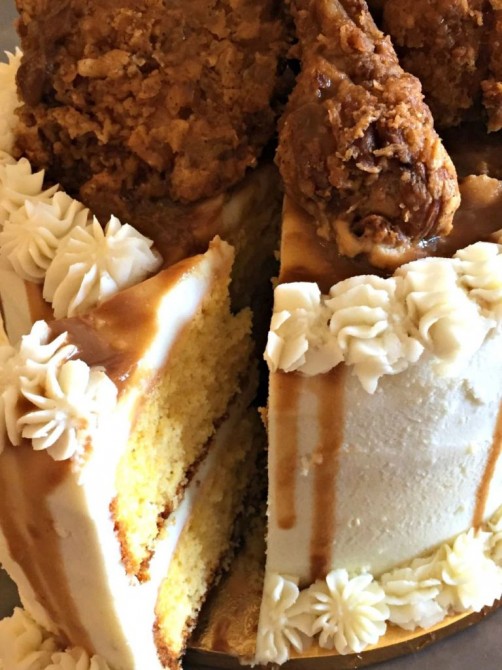 He texted me a photo of a dish that was more like a casserole and asked if I thought I could recreate something like it with my own twist. I was like, “heck yeah. Challenge accepted.”

You go girl. Bree used cornbread as the sponge, then used mashed potato as the icing and drizzled gravy over the side to look like caramel so it gave off the appearance of a traditional cake only was actually more like a casserole, like her friend originally said. The chicken was then added as the centrepiece and voila, you’ve got yourself a really bizarre looking cake.

The candied yams and macaroni cheese weren’t in the original recipe, but when rapper The Game – apparently he’s friends with Bree – caught wind of what was going on, he suggested the addition. Bree was only too happy to oblige him and there you have it.

Would you want to eat this? Now that I know it isn’t actually a cake – it does look look like one, you have to admit – I might be willing to try it but it looks pretty stodgy.

Still, YOLO right? Have a look at some close up snaps of it below and see what you think. 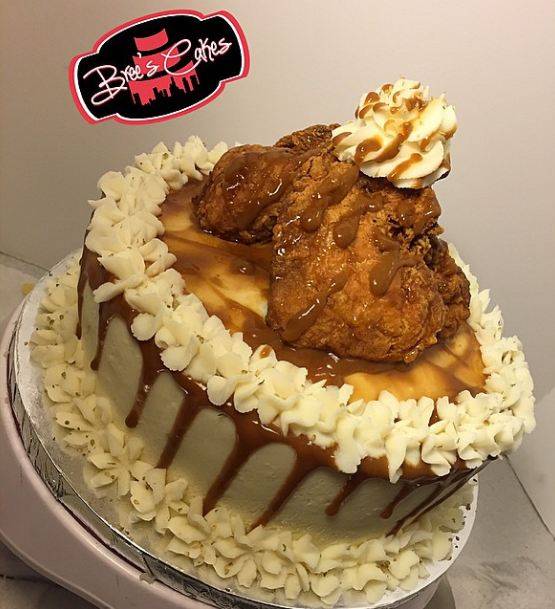 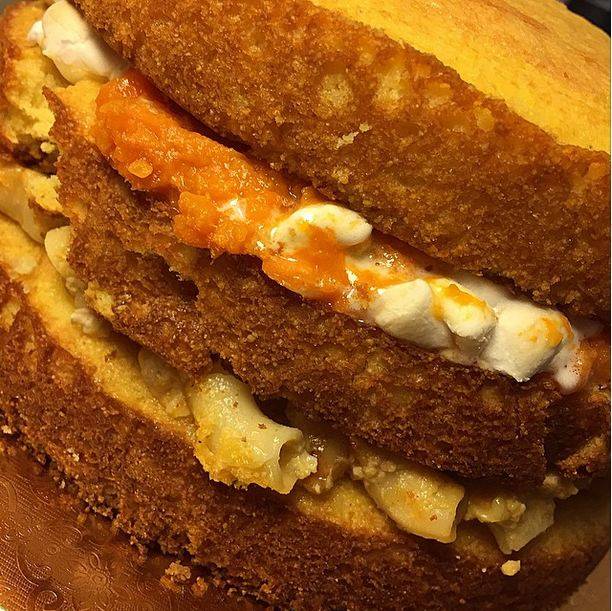 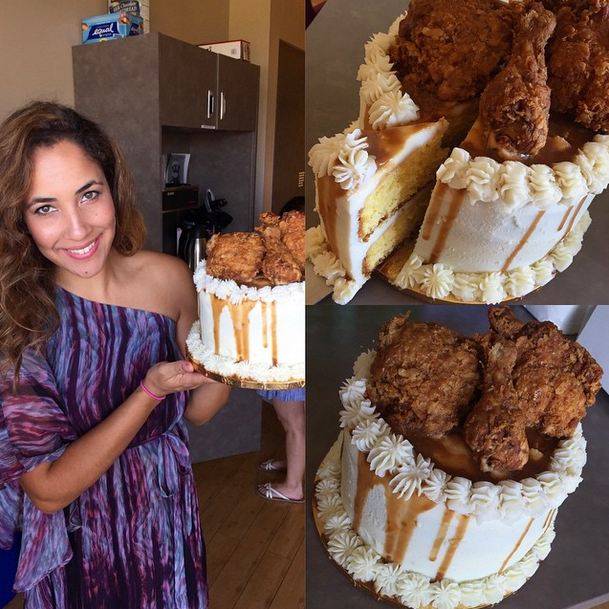