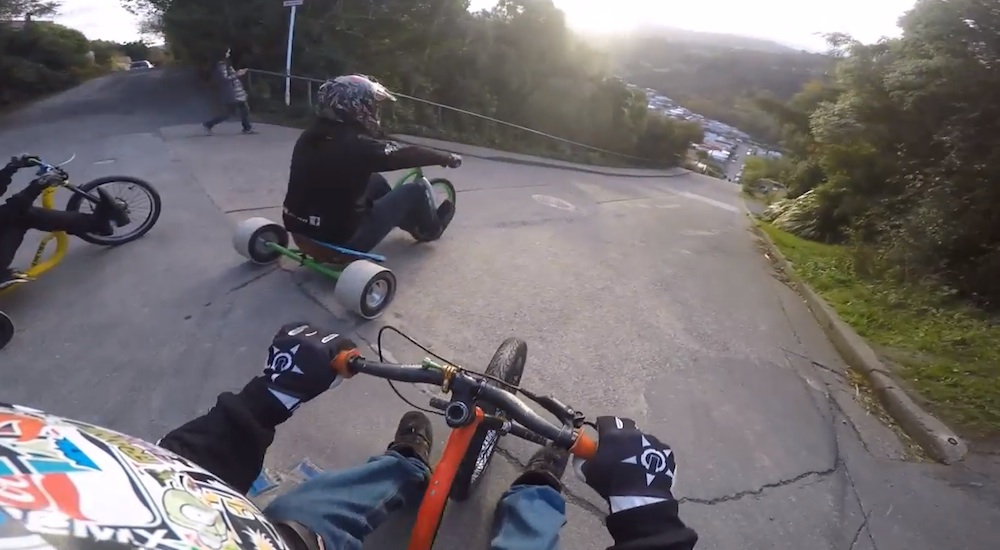 We featured a video of Devin Supertramp drift triking across New Zealand on the site before, and whilst that did look pretty cool it’s got absolutely nothing on this next video.

I don’t know who these kids are but they must be completely and utterly fearless because they decide to head to ‘the steepest street in the world’ in New Zealand and bosh down it on their drift trikes without a care in the world. The hill has a 35 percent gradient – which might actually make it the steepest in the world – and the guys filming it reckon they reach speeds of up to 100 mph coming down it, which makes for a pretty intense video recorded on their GoPros. They swear they haven’t sped it up as well, and if that’s true then I’m just surprised they manage to stop by the end of the hill and not get run over. Dangerous.