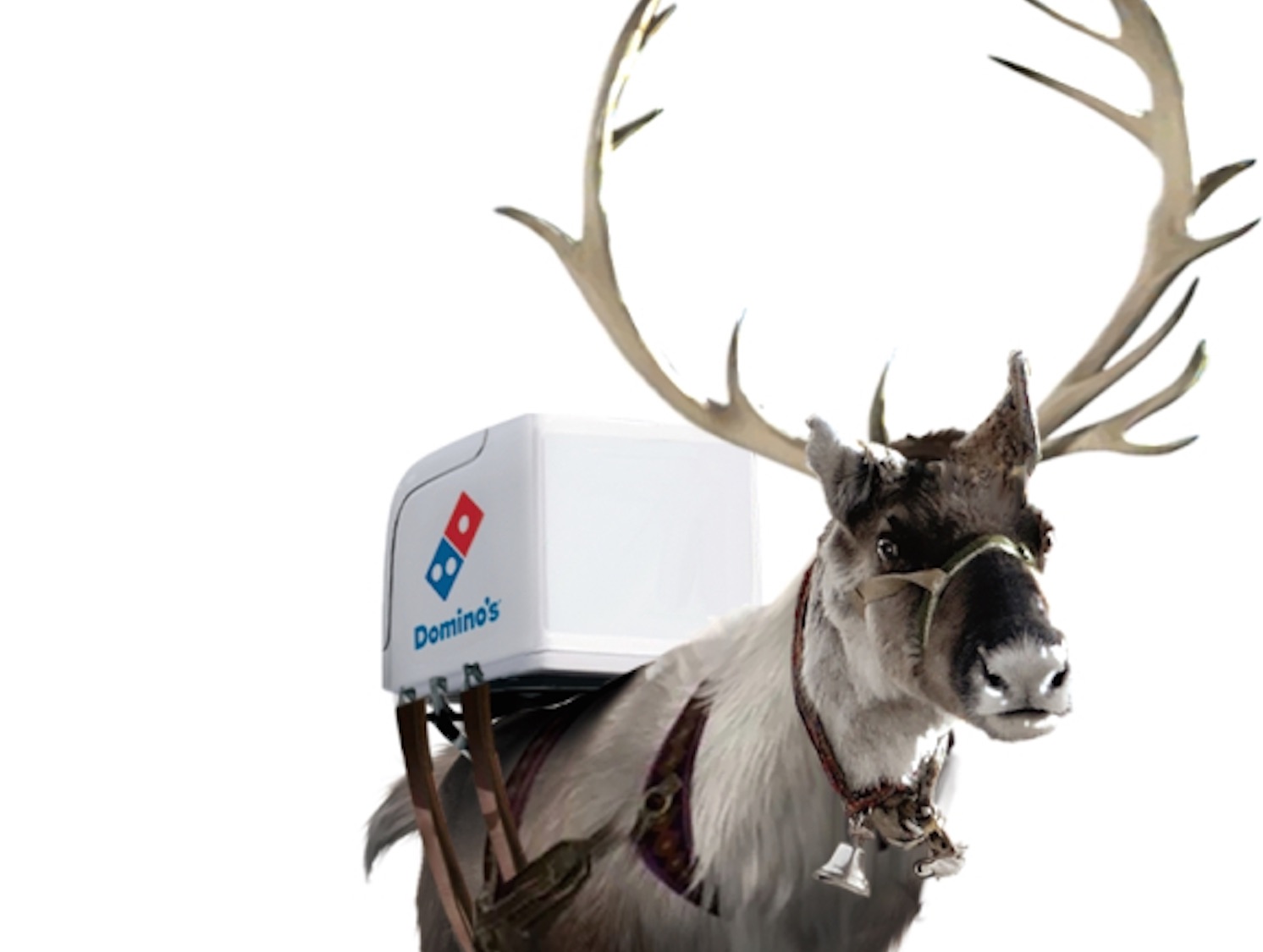 Apparently it’s the only way to deliver pizza during a particularly brutal winter over there.

Takeaway pizza is pretty much a staple of life in the developed world, and this story illustrates just how serious people are about it in the modern age and the lengths they’ll go to if it’s taken away from them.

Over in Japan, meteorologists are predicting a particularly brutal winter which could potentially lead to the shutting down of many of the motorways and roads situated in the northern part of the country. And you know what happens when the roads aren’t working? That’s right – you can’t deliver pizza.

After apparently testing all the alternatives to your traditional guy on a scooter delivering pizza, Domino’s have decided that the best solution in these conditions is to train reindeer to deliver pizza instead. This is actually real, although Domino’s have admitted that there are a number of logistical concerns that need to be answered before they can actually let the reindeers loose into the field. 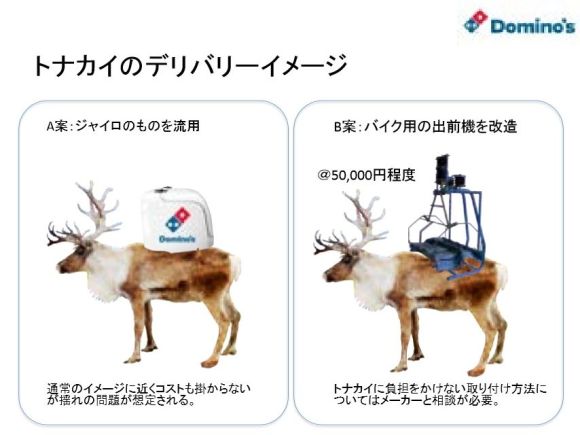 These questions and concerns include the following:

Can the deliveries be completed safely?

What distance can the reindeer travel to complete their deliveries?

What’s going to happen when a reindeer encounters someone’s pet?

In order to find the answers to these questions, Domino’s have been conducting some training drills in the city of Ishikari in Hokkaido, which is already pretty icy at this time of year. These drills are being supervised by a trained animal handler and presumably involve the reindeer hawking a pizza box on its back for some distance, like you can see in the picture below that Domino’s have actually put on their website: 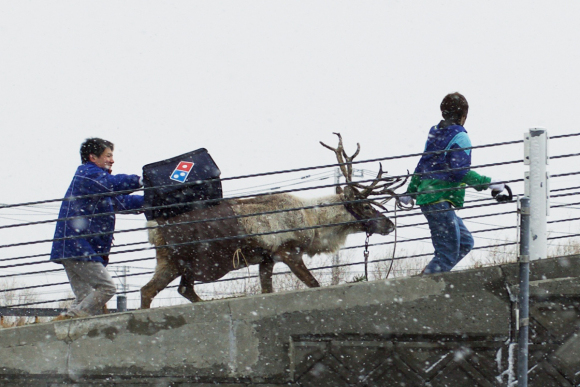 Told you it was actually true. Anyway, there’s no news about whether Domino’s are actually going to follow through with this initiative or how the hell it’s going to actually work, but they’ve said they’re going to make another announcement about it this Friday. Can’t wait.

To be honest though, I’m not sure why Domino’s isn’t just sending out one of these robots to deliver pizza?! Seems like the ready made solution and probably why they even invented it in the first place? Leave the reindeers alone.