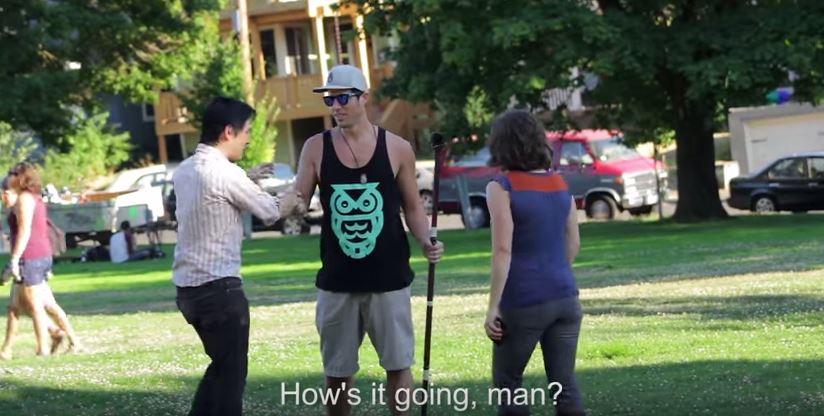 Not sure whether this is a good or bad thing?

I’m sure that everyone has been in a position where a buddy has asked you to tell a little white lie to their girlfriend at some point in their life, and most of the time you probably end up doing it because it’s your bro, even if you do feel a little conflicted about it.

YouTube prankster Aria Inthavong wanted to see how hard he could push the theory of bros over hoes by taking part in the social experiment below. In it, he approached random guys in the street and told them his girlfriend was mad at him and saw if they would play along with him and go along with his story. Incredibly, almost every single one of them did, even when Aria said ridiculous things like that they had just got out of jail.

He was eventually busted when the girlfriend asked the random what Aria’s name was and they were unable to answer, but it still illustrates that the mantra of Bros Over Hoes runs throughout most males pretty much. Whether or not that’s a good thing though, I’m not sure.

To be honest, the results of this were almost as surprising as when this girl asked 100 guys on the street to sleep with her.