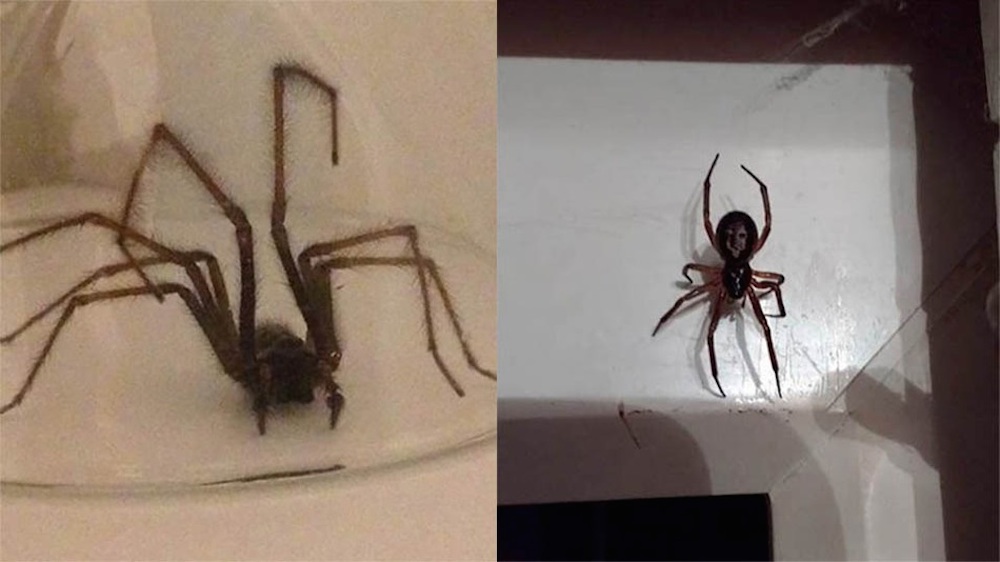 This is reality and it’s absolutely terrifying.

I’m not exactly into spiders but I’m normally reassured by the fact that whenever I’ve encountered one it’s normally pretty small and just runs off because they’re more scared of me than I am of them. Unfortunately that might be all set to change with some of the spiders that people have recently been encountering in their London homes over the weekend.

It began with a Tweet from a journalist named Damian Barr, who posted up the following picture of a spider that he had found in his house that looks like something out of Hellraiser rather than the regular kind of small spiders you get from time to time in your house. He even uploaded a video of it looking like it was going to attack him, which you can see below:

I have never seen a bigger or angrier spider. What is it!? FANGS pic.twitter.com/YRjISRfrHm

Here is the hideous spider LEAPING TO ATTACK ME WITH EVIL VENOM pic.twitter.com/J0gO3PK2uj

Damian eventually managed to ‘escape’ from the spider when he got his husband to take it down the road from him, but he seemed suitably shaken from his encounter and it seemed like other people were coming face to face with these terror-inducing assholes all over the weekend too. It’s almost like there’s a sudden epidemic of them or something. Here are some of the most horrific looking examples:

THIS IS WHY YOU NEED SCREENS ON YOUR WINDOWS BRITAIN! THIS.IS.WHY.#spawnofsatan #spider pic.twitter.com/mRasRid7gj

Anybody know what this spider is please..

Found in my friends house in britain pic.twitter.com/dZ1PW7YVSe

Jesus Christ right? Even though these spiders are pure nightmare fuel, a spider expert named Dr Geoff Oxford – who is probably a complete and utter creepy weirdo if he’s dedicated his life to studying spiders – has come out and explained that they’re actually just common house spiders and are nothing to be scared of:

This is one of the Large House spiders (Tegenaria species – also more recently called Eratigena).

It will be one of three species, which one depends on where in the country it was found. All three look identical and can only be distinguished by a microscopical examination.

This specimen is a mature male. They are totally harmless.

Hmmm. If it’s OK with you then we’ll probably try and avoid them even despite that information. Nowhere near as bad as the most spider infested apartment of all time though, no way.