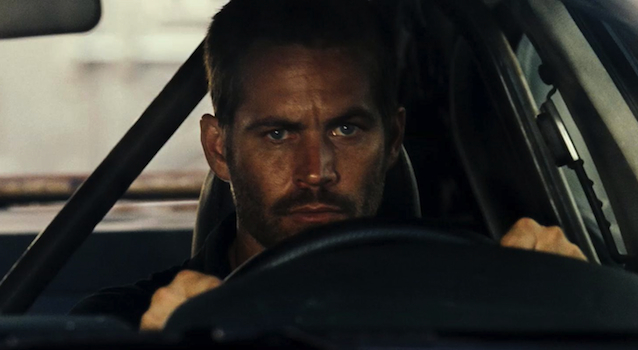 How will agent Brian O’Connor leave the world of Fast And Furious now that Paul Walker is no longer with us?

As you probably heard, actor Paul Walker tragically died in a car accident a couple of months ago when the car he was traveling in at around 100mph ploughed into a tree and exploded. It was pretty grim and unexpected and pretty much the whole world was in mourning over it for a few days. Personally I never realised the Fast And The Furious movies were actually that popular, but I appreciated that anyone losing their life in such a way completely sucked.

Following on from his death, there was a lot of speculation about what would happen with the latest Fast And The Furious movie (amazingly in its 7th edition) as filming had already started with Paul Walker reprising his role as agent Brian O’Connor. Obviously, this was no longer an option for the film and there was a lot of talk about what was going to happen to his character. The movie’s release date has already been pushed back from July 2014 to April 2015 to help the cast and crew deal with the loss of Walker and to enable the necessary rewrites in the script to take place.

Hollywood Reporter today announced the hot tip on agent Brian O’Connor’s fate in the franchise, coming from unnamed sources naturally. They stated that agent O’Connor won’t be killed in the movie, but will instead be written out having chosen to retire from the car chase game, with extra scenes being added where other characters will address this. It is hoped that this is a respectful way to deal with Walker’s death and that it will give mourning fans the closure that they need over the issue (that’s their quote not mine by the way).

To me this seems like a much better way to deal with his death than to have his on screen character die as well, so let’s hope that this is how it plays out when April 2015 rolls around.