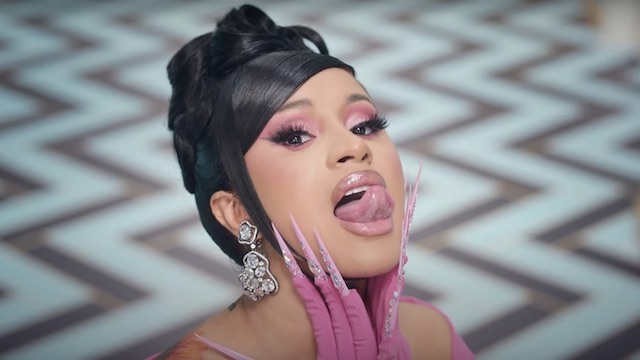 Why does she even need to justify this?

Cardi B and Megan Thee Stallion’s female empowerment anthem WAP was one of the few high points of 2021, but it turns out that Cardi B herself agrees with a lot of people that thought the song wasn’t suitable for younger generations after she refused to let her two year old daughter Kulture hear it.

Cardi was dancing around to WAP on Instagram Live on New Year’s Eve when Kulture wandered into the room and she immediately stopped everything that she was doing and turned the song off meaning that Kulture wasn’t exposed to its controversial lyrics. Whilst this is a fairly normal reaction for anyone accidentally letting a two year old overhear a song featuring themes that they definitely aren’t old enough to comprehend at this point in their lives, there were of course those that called Cardi B out for making music that she wouldn’t even let her own children indulge in.

This led to the following justification from Cardi on Twitter:

There’s moms who are strippers.Pop pussy ,twerk all night for entertainment does that mean they do it around their kids ? No! Stop makin this a debate.Its pretty much common sense. https://t.co/JqZaUKbjNo

Yeah, you’ve gotta agree with her there really because it’s crazy that mothers are still getting called out and shamed on their behaviour merely for having children. Why is it so hard to think that they can’t have a different life that they don’t protect around their small children?

Ridiculous. People really need to start calling shit on this kind of stuff and just leave them to it. Asshole.

For more of the same, check out this Karen having a heart attack after someone put on WAP in the family car. Must have been a tough time for her.