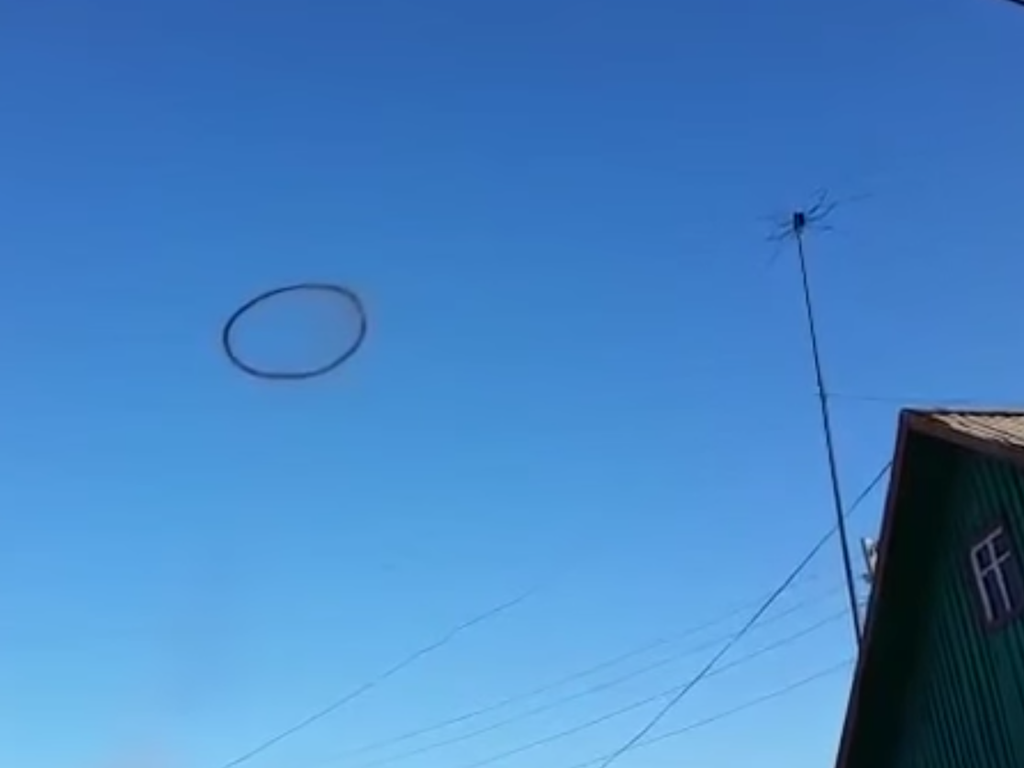 The following video was shot a few days ago and it’s pretty weird. It shows a huge black ring of smoke leisurely floating across the clear blue sky above the village of Shortandy in the Akmola region of Kazakhstan. It’s obviously not a Photoshop job so I think we can safely assume it’s aliens.

I jest of course, humans make much more interesting UFOs than aliens do. An explanation might lie in the fact that Kazakhstan is home to at least four Russian military bases. One of these bases – Baikonur Cosmodrome – is the world’s first and largest operational space launch facility. So you could be forgiven for theorising that the black ring is something to do with that. But, according to Google Maps, Baikonur Cosmodrome and Shortandy are 1,477 Km apart.

Another of Russia’s Kazakh bases lies in Sary Shagan which is a little closer at 815 Km away, but that’s still quite a jump. Sary Shagan is a 480 km long stretch of land where they have been testing missiles since 1958. According to Wikipedia they also have a laser testing centre. The city of Sary Shagan was a closed city until 2005, so I guess there must have been some pretty interesting things going on there at some point in time.

Take a look and see what you reckon. It’s certainly more convincing than that drone footage of a supersonic UFO: