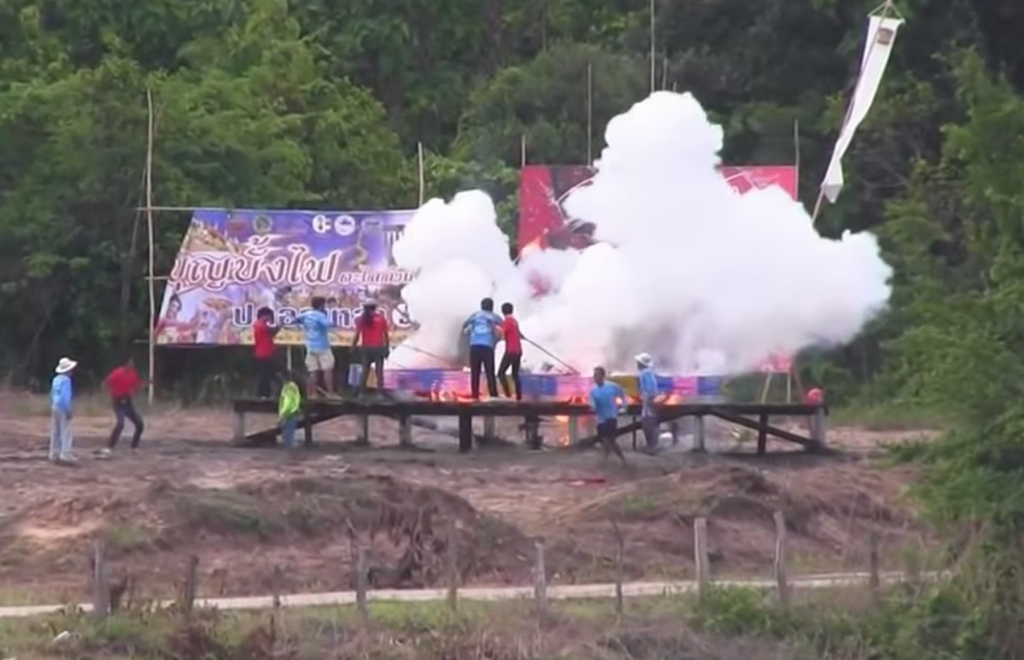 I am still genuinely stunned at how well this turned out.

I don’t know who made this thing, and I don’t know where they are, but they are 128% awesome. They’ve basically made the biggest Catherine wheel in the universe and set it off in the middle of nowhere. As we’ve all seen, a bunch of fireworks going off by mistake at the same time looks epic, but that is nothing in comparison to this well-groomed work of genius.

I’m guessing it might be some kind of celebration or new year shindig in Thailand but I might be way off the mark. The poster in the background looks like it might be written in an Indian or Southeast Asian language but other than that I have no clue where this all went off.

The gist of it is, some dudes strapped what must have been a butt tonne of fireworks to a wooden wheel frame and lit it up. BOOM, it’s off. The thing goes so much further into the air than I was expecting.

How about that? It’s almost as impressive as NASA putting a submarine on Titan… not quite though.